It’s no secret that Oppo is working on a new flagship grade series that will be dropping soon. Dubbed the OPPO Reno 10X Zoom, the upcoming device has been under news coverage for a couple of weeks now, and following yesterdays revelation by the company that it will be holding a launch event in Zurich, fresh information has surfaced about what appears to be the most premium of the upcoming series.

We are talking of the OPPO Reno 10X Zoom which has just surfaced on the Geekbench database taking the usual Geekbench test ahead of its arrival. A new phone with the model number OPPO PCC M00 has been listed on Geekbench revealing some information on what to expect from the device. On the benchmarking website, the device is seeing running Android 9 Pie, and Qualcomm’s Snapdragon 855 flagship mobile chipset, coupled with 6GB of RAM. 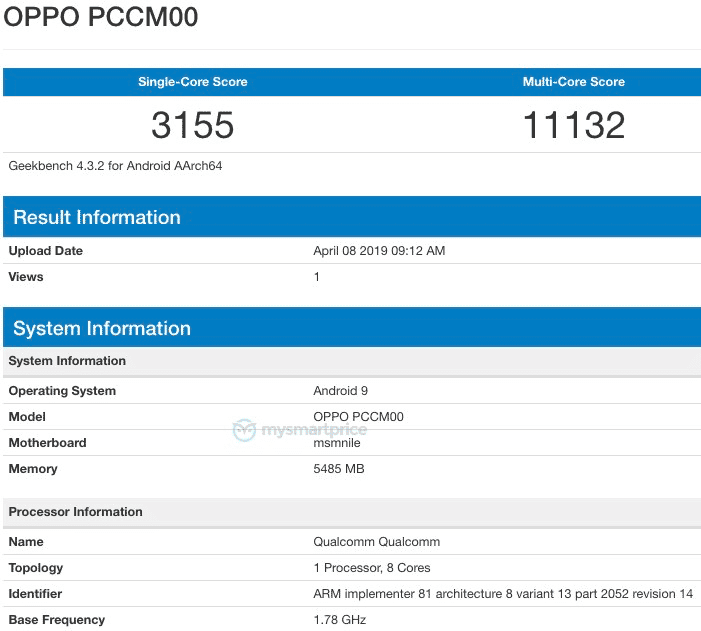 We already have a fair idea about what to expect from the OPPO Reno courtesy of various leaks. The firm only recently announced a separate launch event for the launch of a 5G variant of the Reno on April 24th.

Previous Sharp could launch a gaming smartphone with a folding display

Next Lenovo Z6 Pro will be released this month