Xiaomi will soon have yet another smart lock in its portfolio. They already have many types of smart door locks under the Mijia brand. Recently they announced a teaser video of the new Xiaomi smart car lock. The teaser will soon kick off the crowdfunding campaign. The video emphasizes that “Technology makes travel easier” Lets see if it really does. 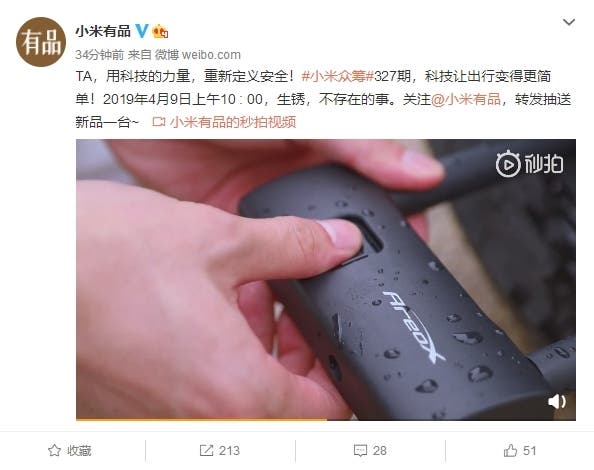 The lock as with the other smart locks by Xiaomi comes with a fingerprint scanner. Now one may ask. Is the scanner really durable enough to subject it to the elements? Xiaomi tries to tell us it does. The device is being shown unlocked in wet and outdoor conditions. Durability seems to be the main focus of this smart lock.

The build consists of a simple ‘U’ reinforced bar and the lock itself. Once unlocked, The lock detaches and the U frame can be removed. Technically this can be used in a wide scenario of use cases. One such example shown in a social media post was it being used to lock a door. If they were also to include/sell other shaped reinforced bars. it could essentially be used for anything. 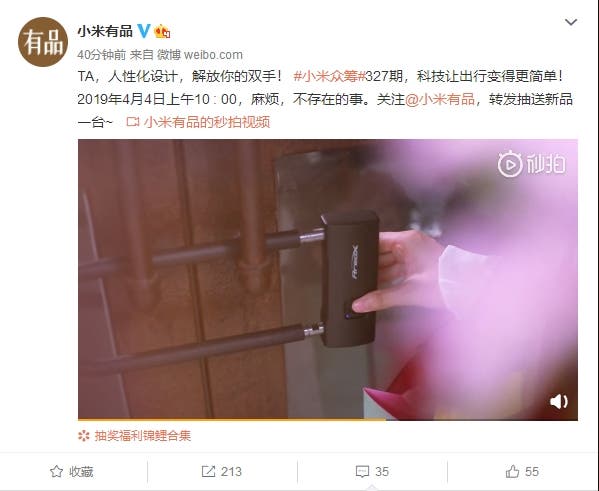 The video also shows that the device is easy to unlock and only requires a single hand to operate. Some use cases mentioned by them are Cars, Bicycles, Doors, Etc.

The Xiaomi smart car lock has been co-developed with the company Areox. Chinese name – Mars exploration technology limited. It is a company that mainly designs UAV’s , VR and Smart devices. They are Headquartered in Shenzen.

Though many such smart locks exist, This one comes with the Xiaomi brand name and that a big advantage. Being a Mijia product also means its compatible with the rest of the ecosystem. We have to wait and see if the Metal bar system is expanded to various shapes/sizes for a larger use case.

Next O-Fresh Stereo Headphones Coming Tomorrow, Along With OPPO Reno