Qualcomm has recently presented its new platforms for the medium and high-end market segments. We are talking about Snapdragon 665 which replaces Snapdragon 660 and Snapdragon 730/730G which instead replace Snapdragon 710.

The three chipsets have been compared to some models of the previous generations, namely Snapdragon 660 (on Redmi Note 7), Snapdragon 670 (on Vivo X23), Snapdragon 675 and Snapdragon 710 (on Xiaomi Mi 8 SE). For the new models, the Qualcomm development prototypes were used, and this could explain the conflicting results obtained in the AnTuTu benchmarks. 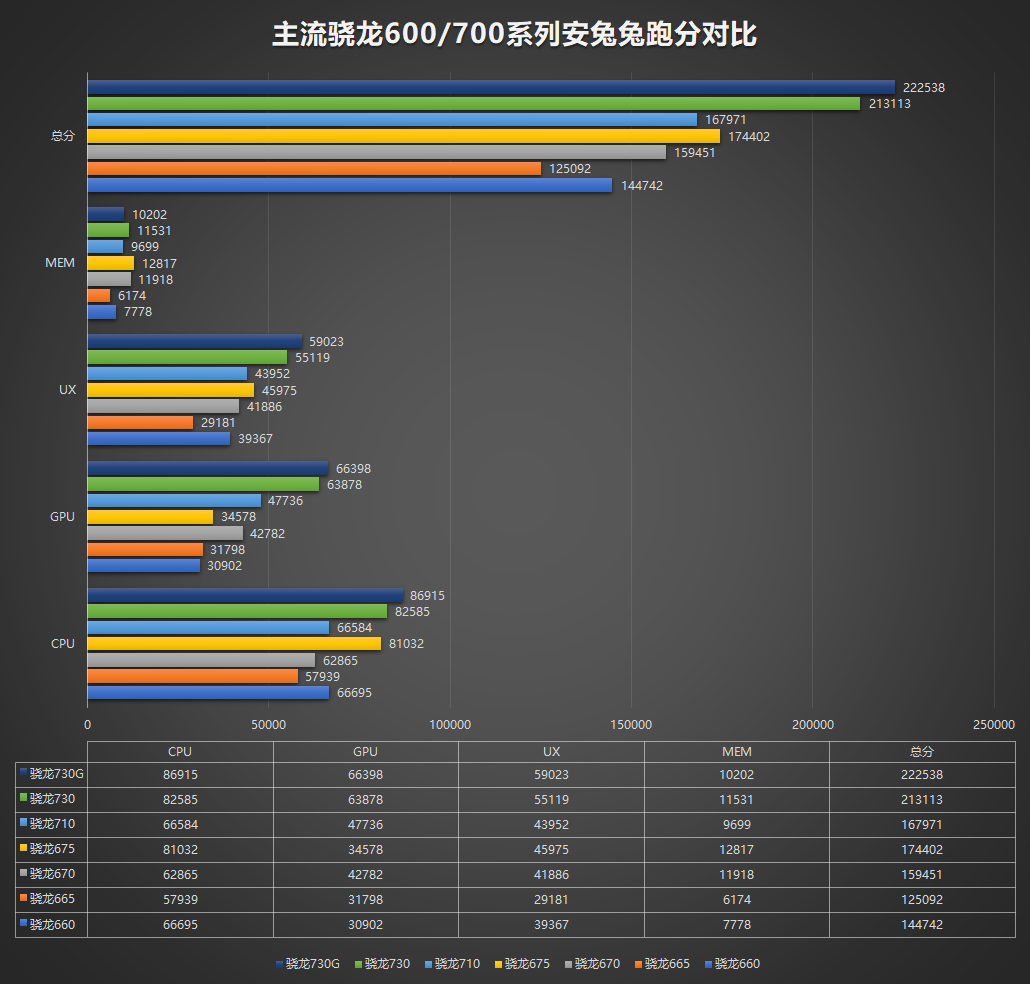 The Qualcomm Snapdragon 665 was really disappointing because its performance is often lower than that of Snapdragon 660. However, it should be remembered that in the absence of optimizations, the result is understandable and should not be taken as an absolute indicator.

It should definitely improve the autonomy, given the use of a better production process for all three chipsets by Qualcomm. Instead, the results provided by Snapdragon 730 and 730G are in line with expectations, which allow to obtain significantly better results in all the tests carried out, despite the lack of system optimizations. 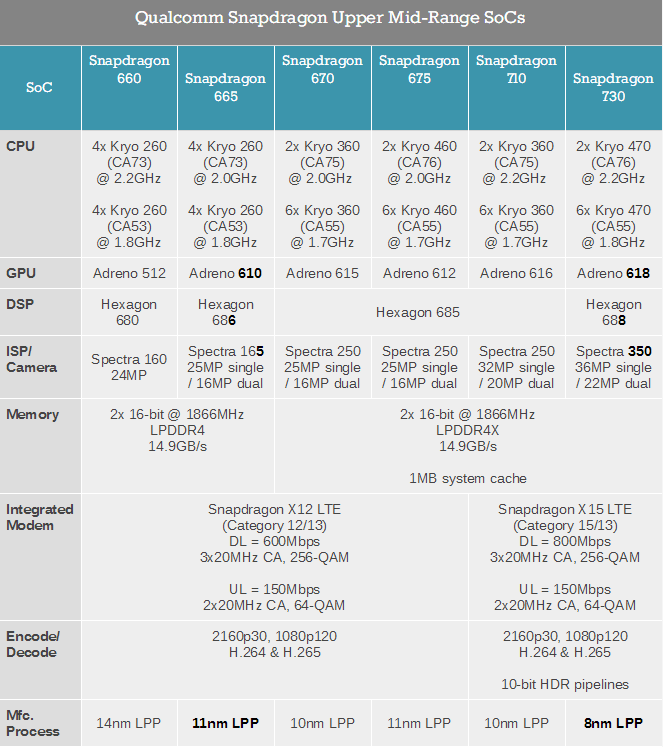 The Qualcomm Snapdragon 730G Mobile Platform provides slightly better results by virtue of a higher CPU and GPU operating frequency, although the specifications indicate that in the final version the CPU should remain at 2.2 GHz instead of the 2.4 GHz of the model tested.

It should, however, be remembered that the results of the “old” platforms do not represent the best of each of them, but only the result of a random test, as well as those of the new models, are subject to improvements following the final optimizations.