After the launch of Huawei MateBook E and MateBook X Pro, the Chinese manufacturer also announced the MateBook 14 for mainstream users. Amongst other features, this notebook comes with a 2K comprehensive screen design, excellent performance, long battery life, and a rich interface to better meet users demand. Just like the other Matebooks, the MateBook 14 is equipped with the upgraded Huawei Share one-touch function, which makes the interaction between mobile phones and notebooks more convenient. 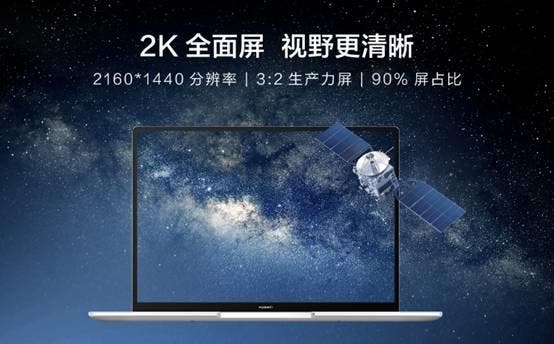 In order to let the mainstream consumers enjoy the innovative technology and smart experience of Huawei’s flagship notebooks, Huawei launched the MateBook series at the end of 2018. Its first product, the HUAWEI MateBook 13, became the 13-inch thin and new benchmark once it was launched. As the second product in the same series, Huawei has brought HUAWEI MateBook 14 with a comprehensive design, light, portable, and with high performance. 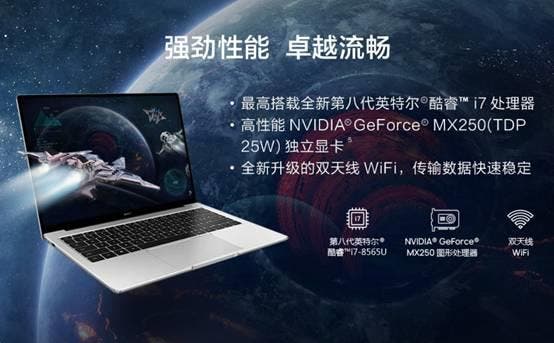 HUAWEI MateBook 14 screen resolution is 2160×1440, with 100% sRGB (typical) wide color gamut. It has a screen contrast of 1000: 1, and 300 nits (typical) brightness which redefines the standard for 14-inch mainstream notebooks. The left and right borders are only 4.9mm thick which ensures that the display ratio reaches 90%. Compared with the traditional 16:9 screen ratio of an average 14-inch notebook, the viewing area is improved by 8.4%. This device uses a concealed camera design which is exposed only when needed. 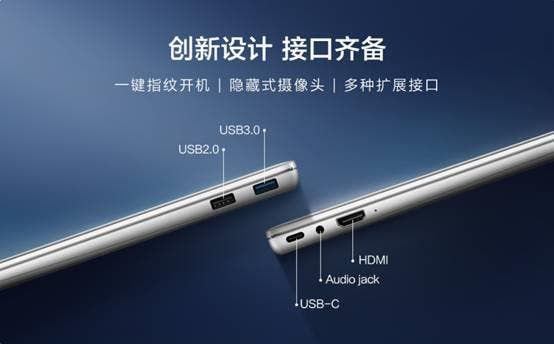 Looking at the hardware, the HUAWEI MateBook 14 is equipped with the 8th generation Intel Core i7-8565U processor featuring a high-performance NVIDIA® MX250 graphics card (TDP 25W) and high-speed solid-state hard drive, making it the ultimate choice for 14-inch mainstream gears. The HUAWEI MateBook 14 is equipped with a shark fin fan 2.0, and the fan blade uses a shark fin design. The air volume is 18% higher than that of an ordinary fan. The sensor monitors the temperature of the whole laptop in real time, making the fan turn more smoothly and effectively.

The HUAWEI MateBook 14 has a large-capacity battery of 57.4 Wh (typical) and adopts Huawei’s self-developed intelligent power-saving management solution. It can achieve 1080P video playback for 15 hours, continuous normal office operation for 14 hours, and continuous web browsing for 10.5 hours. Not only that, this notebook is equipped with a 65W charger. After charging for 15 minutes, you can enjoy a 3-hour smooth office experience.

For the needs of mobile consumers and multi-scenarios for mainstream consumers, HUAWEI MateBook 14 is equipped with USB-C (charging and data transmission), HDMI, 3.5mm stereo headphone jack, USB3.0, and USB2.0. It is also equipped with Dolby Atmos® sound system as well as customized high and low-frequency crossover four speakers which bring great audio and video effects. The fingerprint recognition is embedded on the power button and it has a hidden camera. These are two innovative designs that effectively protect user privacy. 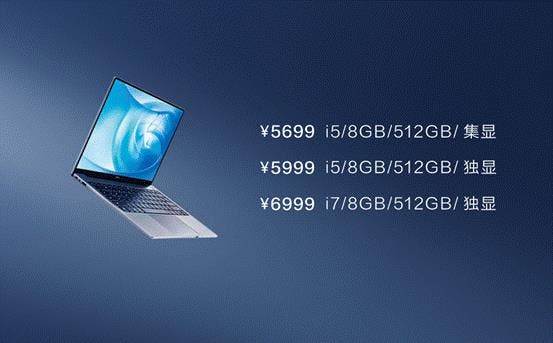 Next The first Snapdragon 665, 730 and 730G benchmarks are contradictory