Samsung’s Galaxy S series of devices this year brought a number of new technologies to mainstream users this year and one of them was the ultrasonic fingerprint reader. Up till now, the industry has mostly been using optical sensors that rely on light to map the ridges on a finger precisely. The ultrasonic sensor works by bouncing a sonic pulse wave off of the fingertip. Now, this has interesting implications but what matters most is the speed with which the sensor works. From what we’ve heard, the Samsung Galaxy S10 scanner has been a hit and miss proposition with a certain section of users being very pleased with it while others completely annoyed by its unreliability. However, Samsung has just rolled out a mini OTA that improves the biometric sensor drastically, at least according to users who’ve downloaded the OTA. 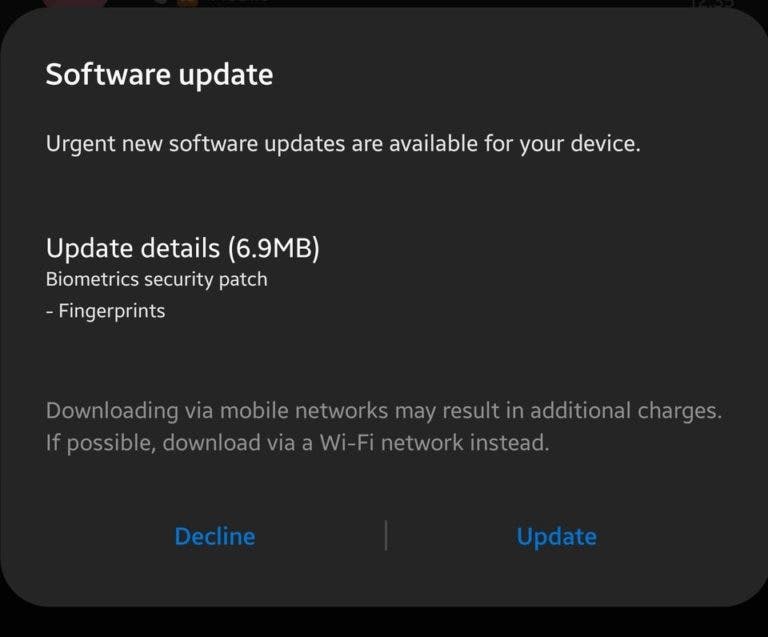 The update comes with a  file size of 6.9 MB, and Sammobile says that it is a server-side release so users won’t be able to manually update it. It will reach devices in due time bit currently seems to be hitting regions in Europe. According to Reddit users who’ve received the update,   the “fingerprint reader is instant every single time now” and a handful more users concurred the statement.

This is not the first time Samsung has updated the sensor via software but it seems the new update might have finally hit the nail in the head.