Today, IGN released the list of the top ten best-selling video games. Surprisingly, ‘Tetris’ with 500 million copies domineers, while Blizzard’s ‘Diablo 3’ appeared on the bottom of the list with 30 million sales. 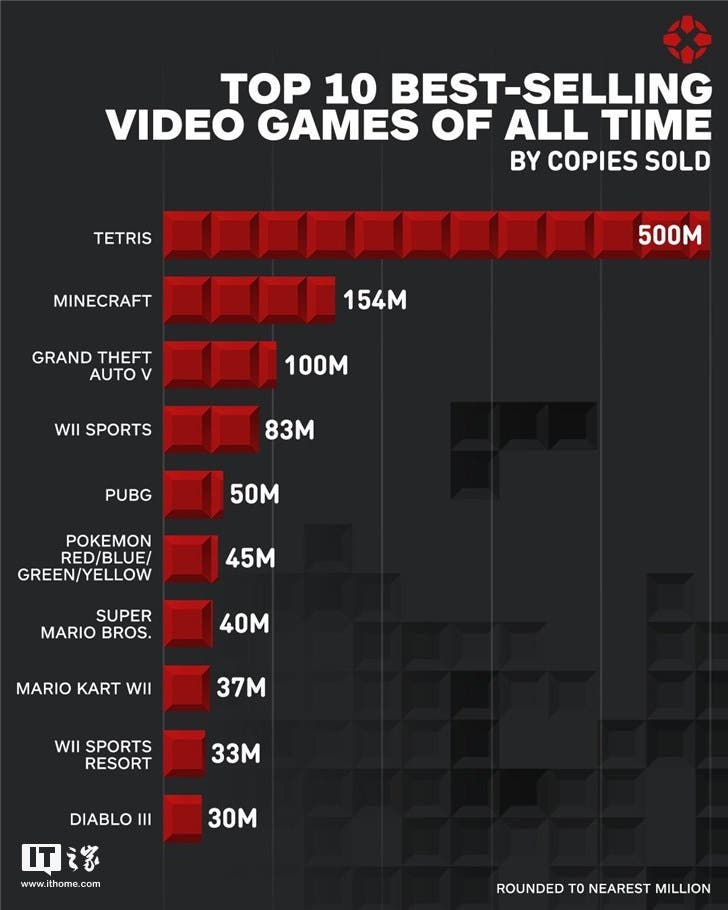 The IGN list also counts the sales of games bundled with the buy-in machine. Free downloads are not taken into account. So games like Fortress Night and League of Legends don’t appear on the list.