The Lenovo Z6 Pro is all set to debut on April 23, despite its unreleased nature, the device already appeared in a live image and a render showing off its back. Today, a new promo video popped out revealing some key aspects of this handset.

Previous rumors and leak were pointing that this handset would feature a notchless display and a pop-up selfie camera, however, the new teaser reveals that will, in fact, come with a small teardrop notch, turning all the expectation of a zero-bezels display in ashes. The referred video also reveals the presence of an in-display fingerprint scanner.

Following the video, we are also looking at some more camera samples captured with the Z6 Pro and were shared by Lenovo itself. The pictures are stunning at first sight, but usually, we should never trust one-hundred percent in pictures shared by companies. We can’t say if they come directly from the smartphone or if they are processed through any specific image editing app. In either case, you can have a look and judge them by yourself.

According to the Chinese firm the Lenovo Z6 Pro will be equipped with the latest Snapdragon 855, a 48MP main-camera sensor, and support for the brand new 5G connectivity. Its official website now confirms the presence of a large 4,000mAh battery. More details about this promising smartphone are to be revealed in a few days ahead. So be tuned for Lenovo’s big event on April 23. 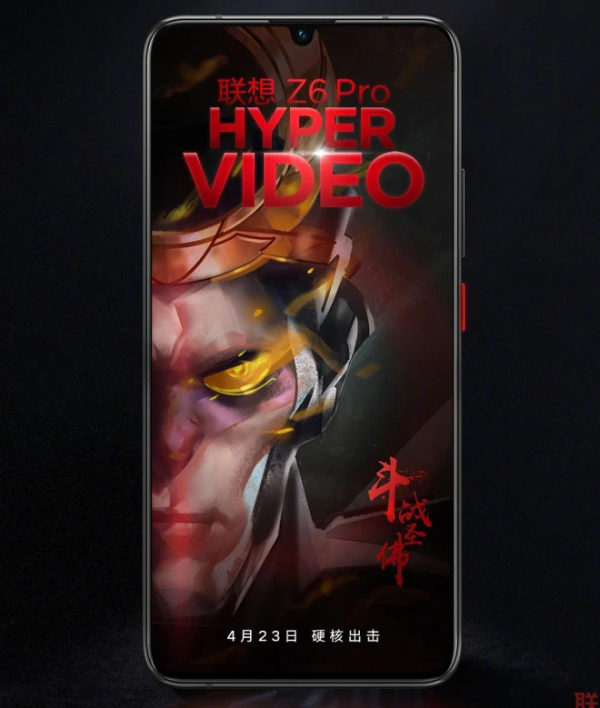 Next Details about Snapdragon 735 emerge in leaked document