Just when you thought the hole punch display introduced by Samsung and Huawei was the best all-screen display solution, Samsung in what many see as a surprising move introduced the Galaxy A80 with a rear-facing camera that can rotate to double as a selfie camera joining the leagues of Chinese OEMs with multitude of devices with the pop up camera system. So far, only Chinese smartphones maker like VIVO and OPPO has committed to making devices with pop up cameras, and that could be changing soon, as a major player in the smartphone market is about hopping on the trend.

Following Huawei and Xiaomi’s path, Huawei could be launching a new smartphone with a pop-up camera soon, at least that is what a recent leak says. The leak which emanated from mobielkopen has images of a device purported to be the Huawei P Smart Z revealing a pop-up camera. The leaked renders reveal the P Smart Z will come with elegant designs similar to other Huawei’s devices with a twin camera and a fingerprint scanner on the flip side, as well as a full-screen display with only a small bezel at the bottom all thanks to the POP-up camera mechanism. 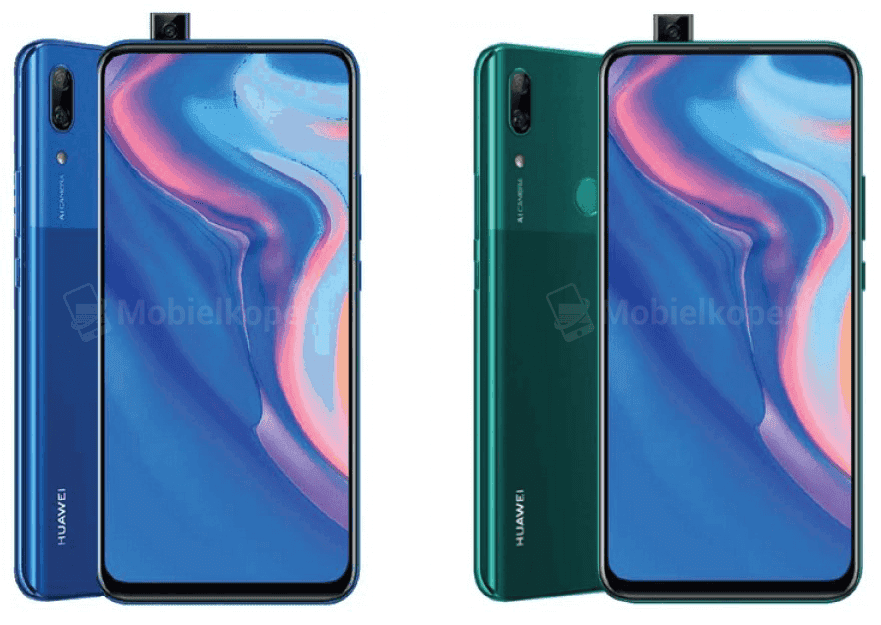 The device as per the leak is expected to hit the shelves in Midnight Black, Sapphire Blue, and Emerald Green color option, and aside from the unique pop u camera, the Huawei P Smart Z will come fitted with a 4000mAh battery, powered by the Kirin 710 processor with 4GB of RAM and 64 GB storage, while it will be fronted by  a 6.59-inch 1080 x 2340 display with a 19.5:9 aspect ratio. Speaking of the camera, the device as per the leak is expected to come with a 16MP f/2.0 sensor on the pop-up slider while the rear will get a 16MP f/1.8 camera with a 2MP f/2.4 depth sensor.

The information doesn’t mention the launch date, though it mentioned that the Huawei P Smart Z will sell for as much as €210.

Previous Honor 20 will get a Moschino edition