While Apple (and the US) was struggling against Huawei and ZTE, seems another Chinese smartphone brand has managed to enter the US market and win customers’ hearts. If you guess, we are talking about OnePlus, which is going to be launched in mid-May and be available through all four major carriers in the US. Even if this will remain in the state of rumors, the upcoming OP smartphone is going to make a furor in every corner of the globe. Though we have heard much about the key features of the OnePlus 7, not that many of them were confirmed officially. Say, only today, the manufacturer confirmed its forthcoming flagship will sport a triple-camera.

As rumored, the OnePlus 7 will come in two variants. The regular version will sport a drop screen, while the OnePlus 7 Pro will be packed with a genuine full-screen. The latter should have a size of 6.6 inches and a resolution of 2K. By the way, it will have a screen refresh rate of 90Hz, which is quite rare on the market. The company has also announced it spent over 100 mln yuan ($14.9 mln) to come in with a unique screen. 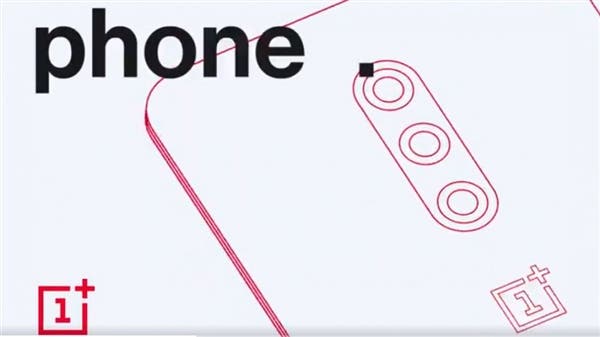 On the back, both will carry a triple-camera, consisting of a 48MP + 8MP telephoto + 16MP wide-angle sensors combination. But if the original model carries the front camera in the drop area, the OnePlus 7 Pro replaced it with a pop-up camera. The rear camera comes in a vertical arrangement. The attached link also implies the existence of a 5G network.

Next PILOT ERA, the 8K 360º camera launches on Indiegogo on May 7