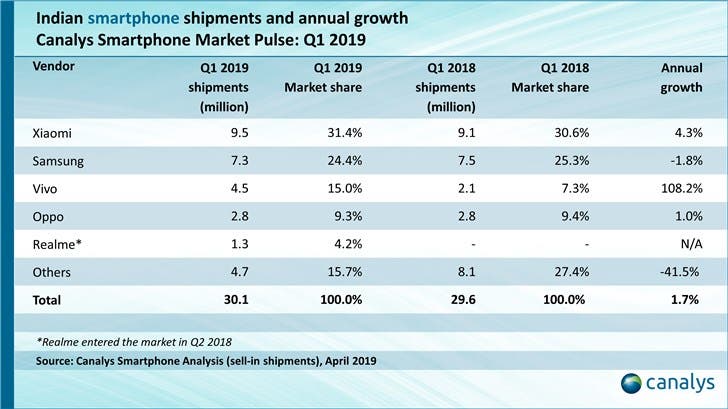 The Chinese manufacturer held on to the top spot with 31% market share. Behind Xiaomi is Samsung with 24% share while Vivo and Oppo have 15% and 9% market share respectively to rank third and fourth. Looking at the actual shipments, Xiaomi shipped 9.5 million units, up by 4.3% year-on-year while Samsung shipment is 7.3 million units, down by 1.8% year-on-year. 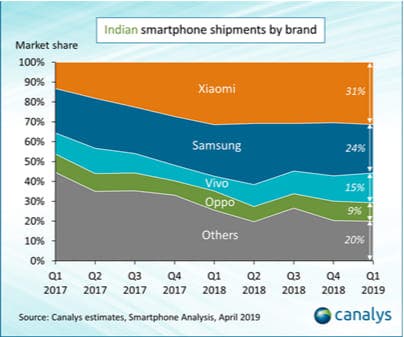 Vivo had a huge climb by shipping 4.5 million units, up 108.2% year-on-year; OPPO shipped 2.8 million, a year-on-year increase of 1%. Xiaomi VP, Manu Kumar Jain excitedly shared this information on Facebook saying “This is the season of “7”. Apparently, the Redmi Note 7 Pro, Redmi Note 7 and Redmi  7 all of which were released this year played a major role in Xiaomi’s sales. Since the Redmi brand is now independent, we would have loved to see Redmi’s performance separately just like it is for Huawei and Honor.

Next Huawei: 5G will increase industry productivity by 10 times