The ink hasn’t even dried on the Redmi Note 7 Pro versus the Realme 3 Pro rivalry, and we are already beginning to witness more rivalry between the Realme and the Redmi brands as it appears both brands are on the verge of revealing upper mid-range devices with pop up cameras (Realme X versus Redmi X). While the Xiaomi backed Redmi brand has not directly confirmed the existence of such device, it did release an official video on Weibo teasing a Redmi smartphone with a front-facing pop-up selfie camera a few hours ago, and now we are getting some new close-up images of the alleged Redmi phone.

Allegedly dubbed the Redmi X, the leaked images courtesy of a Weibo user corroborates previous claims and video which suggest it will come with a bezel-less full-front display, a pop-up selfie camera and what is more, the images reveal the device will get a triple rear camera setup similar to the camera arrangements on the Mi 9 — launched earlier this year. One of the images also has the ‘Mi 9 placed by its side, and the look are strikingly similar.’ From the leak, we can also see the retail box of the supposed Redmi X which again confirms the device will be marketed as the Redmi X. 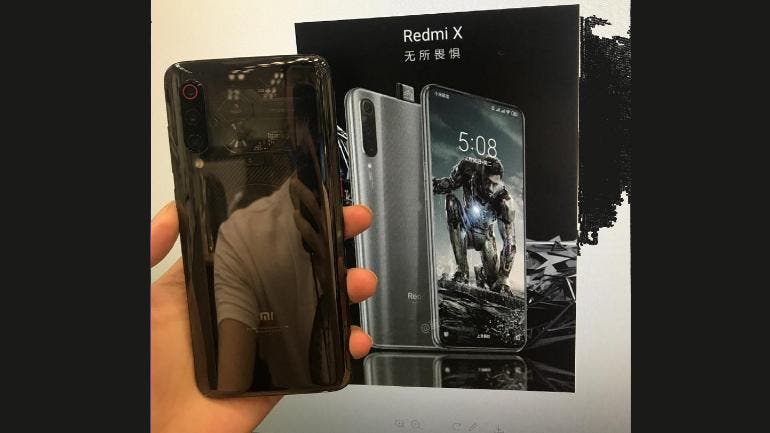 We are not sure what the internal makeup will look like, but previous leaks and rumors suggest it could come as a flagship device, which means that it will have top-of-the-line specs including featuring the SD 855 chipset, a 48MP snapper and perhaps a larger battery with fast charging support. 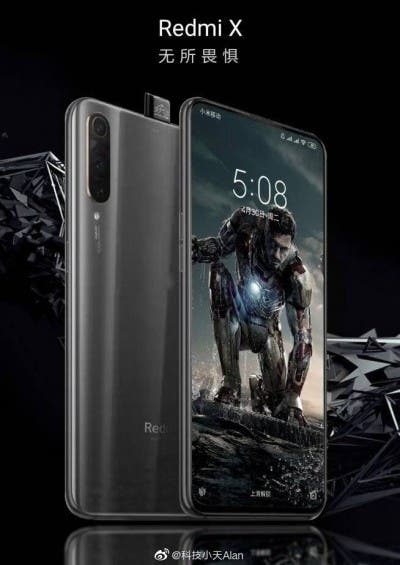 We will refrain from guessing a possible launch date for now, but we would definitely ‘update you on that once we get something definite.