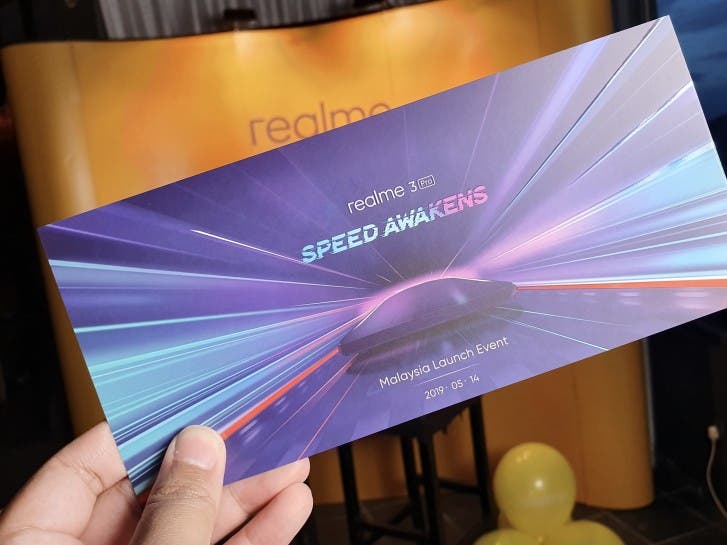 The Realme 3 Pro is powered by a Qualcomm Snapdragon 710 processor. This device uses a large 6.3″ FHD+ LCD with a display resolution of 1080 x 2340 pixels and a 19.5:9 display ratio. In the camera department, it comes with a dual rear camera setup which has a 16MP + 5MP combination and on the front, Realme used a 25MP shooter on this one. It runs on ColorOS 6  based on Android 9 Pie out-of-the-box and it is equipped with a 4,045 mAh battery which supports 20W fast charging.

On the invitation card, the company did not reveal any information about this event. Definitely, information on its availability and pricing will be revealed at the event on May 14. Recall that the first official sale of the Realme 3 Pro in India lasted for only 8 minutes, which suggests that this device has quickly become a fan favorite.

Previous Tim Cook: 5G is currently not considered by Apple