There are two weeks to announce the OnePlus 7 and the OnePlus 7 Pro, but now almost complete specification sheets have been leaked.

The new OnePlus 7 flagship will have a dual camera, a huge battery and 30W Warp Charge support, while the Pro model will have an ultra wide-angle lens, a slightly smaller battery, but a pop-up selfie camera and 10 GB of RAM. 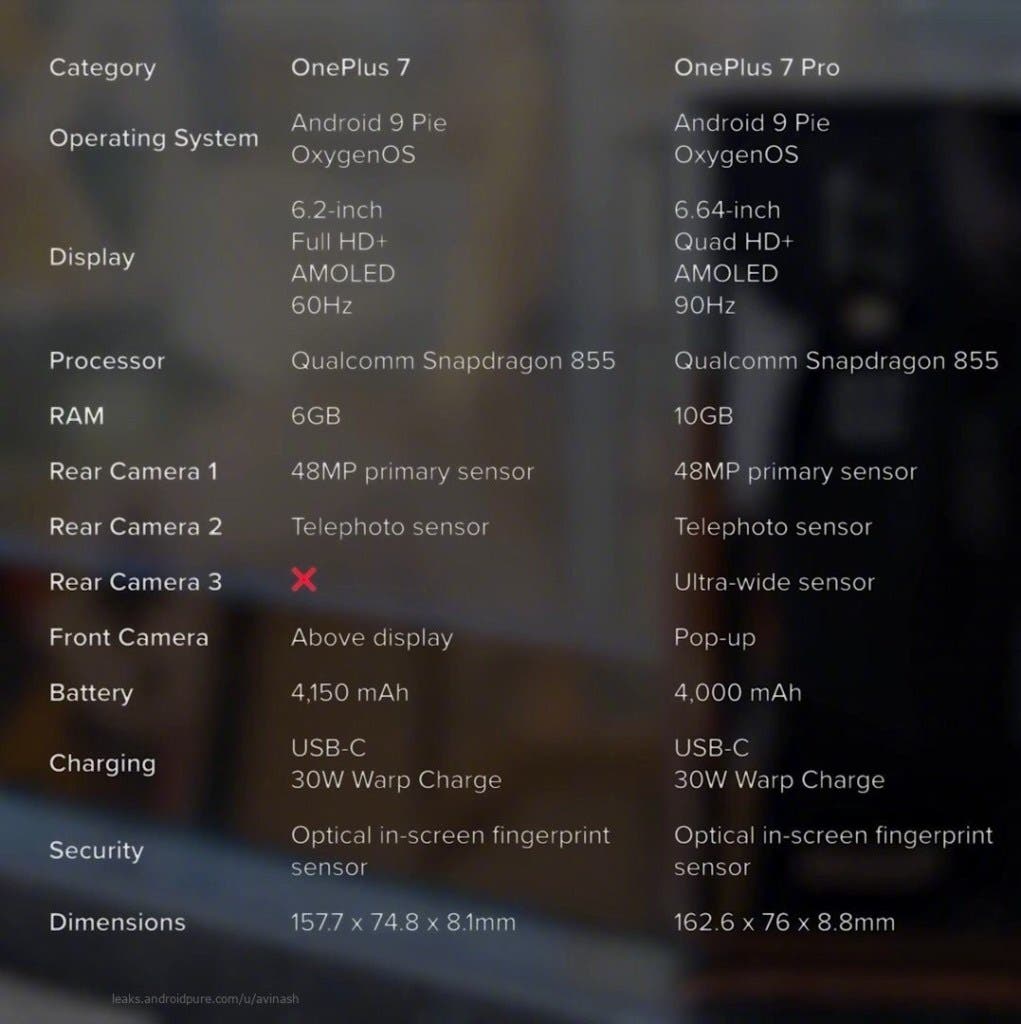 Both devices will have an AMOLED panel with a fingerprint scanner under the screen and will come with Snapdragon 855. The devices look like an evolution of what OnePlus currently offers, combined with the latest hardware in the industry.

The 48 MP main camera is probably the Sony IMX586 sensor, and we will also have a telephoto camera. The third camera of the Pro model will provide an ultra-wide-angle view, but the actual resolution has not yet been revealed.

Other aspects such as a 6.64″ panel in the OnePlus 7 Pro and a pop-up camera are not a surprise either. The phone runs on Android 9.0 Pie based Oxygen OS. It is backed by a 4000 mAh battery while the standard version has a 4150 mAh.

Previous Motorola One Vision to launch in Brazil on May 15

Next Moto Z4 press images leaked before its announcement