Oppo’s new smartphone, Oppo Reno, was launched in China on April 10, and later the Reno 10x zoom version and Reno 5G were launched in Zurich on April 24th. On May 1st, Oppo Reno 5G was listed in Switzerland and it became the first commercial 5G smartphone listed in Europe. Oppo’s vice president, Shen Yiren, took to Weibo to celebrate this achievement. 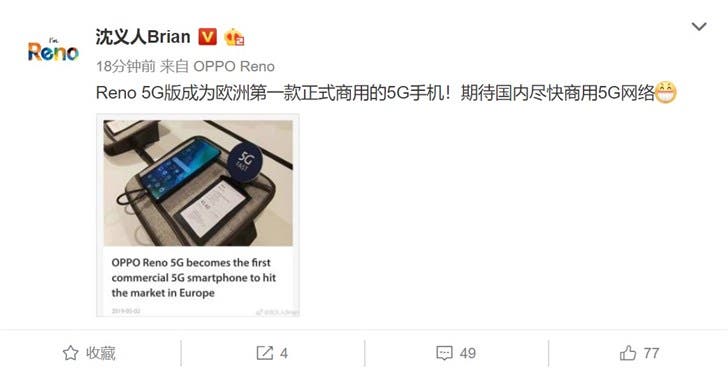 Oppo and the Swiss telecommunications company launched the Oppo Reno 5G version and it comes with a 999 Swiss francs ($980) starting price. At the launch, the company promised that the phone will be extended to other markets around the world in the coming months. 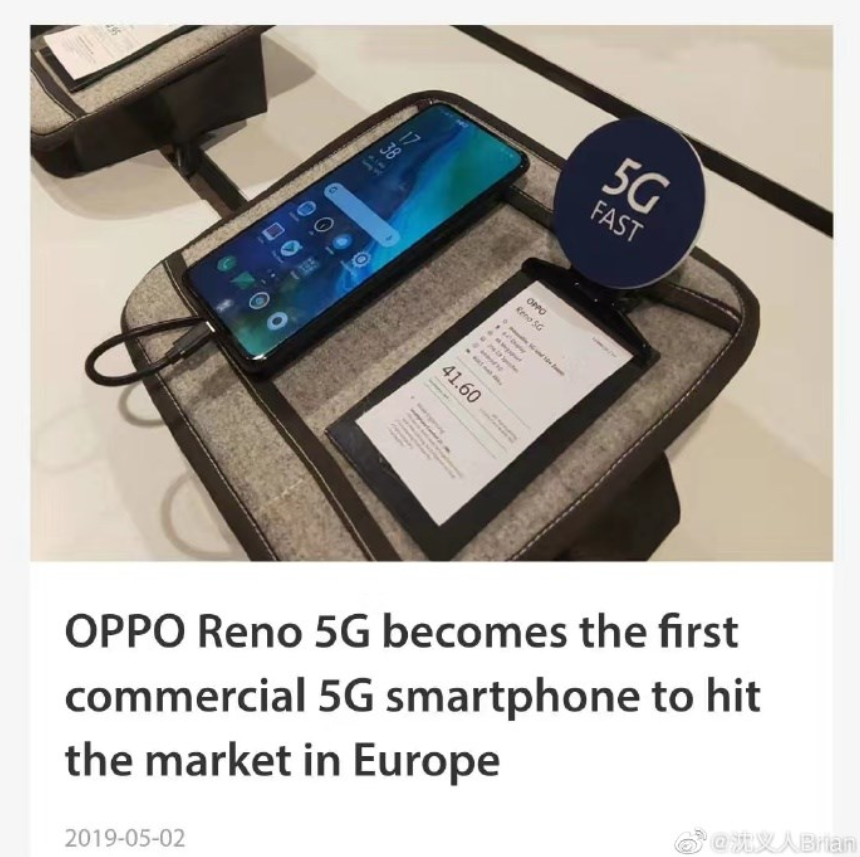 This 5G smartphone features a 6.6-inch full screen with a resolution of 2340 x 1080. It is powered with a Qualcomm Snapdragon 855 SoC coupled with 8GB of RAM and 256GB of storage. The lights of this smartphone are kept on by a 4,065 mAh battery. In the camera department, Oppo used a triple rear camera setup on the Reno. It has a 48MP + 8MP + 13MP configuration on the rear while the front uses a pop-up 16MP shooter.

Recently, Oppo achieved over 1.5Gbps peak download rate in the external 5G network environment using the OPPO Reno 5G version. This test was carried out in Shenzhen, China. The download rate stabilized at around 1.4Gbps. Based on this rate, this device can achieve 5G application experiences such as large file transmission in seconds and cloud games.

Previous Qualcomm to receive at least $4.5 billion from Apple in patent fees