Huawei and its sub-brand Honor were one of the first few to adopt the punch-hole design with the Nova 4e and the Honor View 20. In its quest for more innovative workarounds, the Chinese company Huawei is reported to be working on a new device with a new design which will include a pop-up selfie camera and a large notchless display.

We reported earlier that the “Huawei P Smart Z”, most likely will be the first Huawei device to get the new design which will include a pop-up selfie camera and a large notchless display, and now we have images of an alleged Huawei Y9 Prime 2019 with a similar design. From the leaked poster and hands-on images of the device, it can be seen that the alleged Huawei Y9 Prime 2019 has a similar design to the P Smart Z, albeit variation in the number of rear cameras. While the P smart Z gets a dual rear camera, the Y9 Prime 2019 is seen with a triple camera setup with a LED flash and a fingerprint scanner. On the display front, the design is virtually the same with the pop-up mechanism, so there are chances these devices could be the same devices destined for different markets with different names. 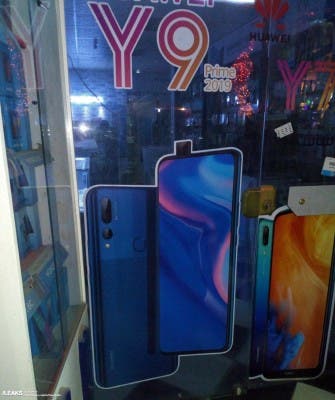 The specs as per the source are similar to those paraded by the P Smart Z and that includes a similar two-toned design, a 6.59 Full HD+ resolution (2.340 x 1.080 pixels) with 19.5:9 screen ratio with octa-core Kirin 710 with 4GB RAM under the hood. Unlike the P smart Z, the Y9 prime is tipped to get 128GB of internal storage, which can be expandable up to 512 GB via MicroSD.  You can also expect similarities in the optics department including a 16MP f/2.2 selfie sensor, a 16MP f/1.8 sensor, a 2MP f/2.4 depth sensor, and an additional 8MP shooter with an FOV of 120 degrees. 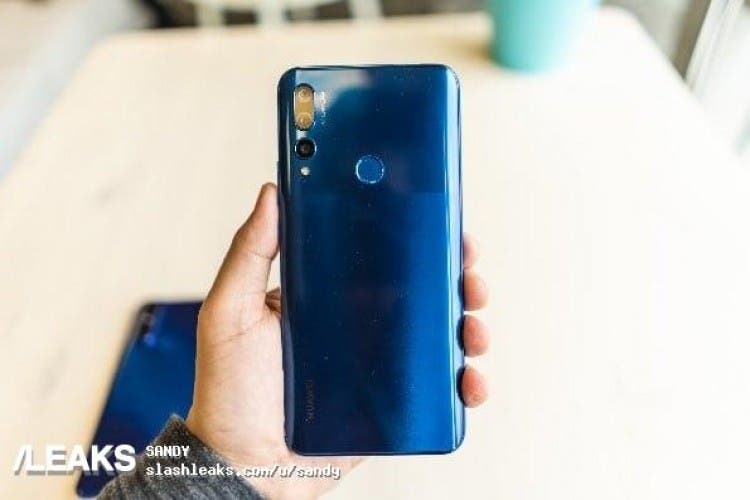 The device is rumored to be priced below $300, hopefully, more details will surface in the coming days.