HTC, the maker of the first ever commercially available Android phone, isn’t done making new phones despite declining smartphones sale in the last few quarters. The firm recently confirmed to DigiTimes that it is still in the mobile business, with plans for a second-generation blockchain phone and also leverage on the 5G network.

While it hasn’t released a timeline for its plans, an unknown HTC phone has appeared on the Geekbench site signaling a possible release.  The unknown HTCphone has the model number HTC2Q741 is said to be built around the MediaTek Helio P35 backed by 6GB of RAM and could ship with the latest Android 9 Pie operating system out of the box. 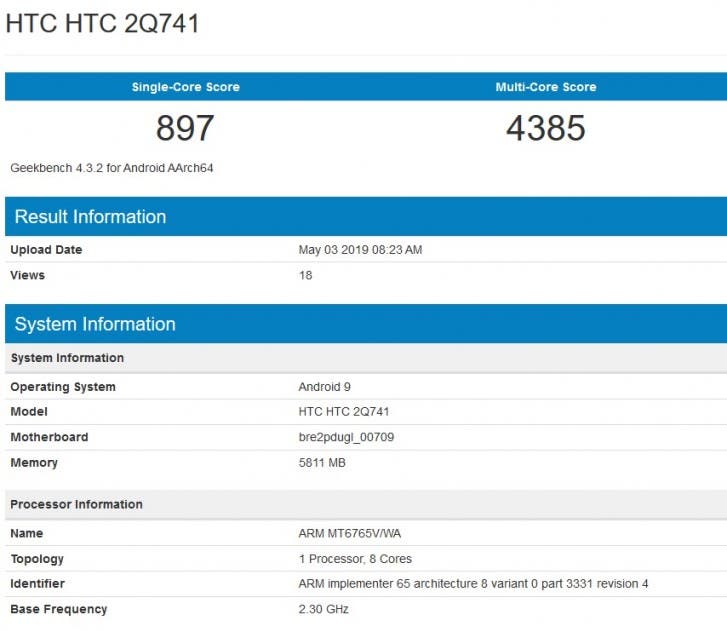 As of now, there is no information on what could be the marketing name of the device, however, there are indications the device could be a market specific variant of an unknown HTC phone previously spotted on the same Geekbench with a Snapdragon 710 CPU and 6GB of RAM. We’ll keep you posted whenever we get some useful details relating to the HTC 2Q741.