Every month, AnTuTu releases a list of smartphones that provide the best performance. Although the performance score of a smartphone does not directly represent performance, it has a certain reference for the purchase of the user. Recently, Master Lu officially released the new performance list for April. Among those models, the Red Magic 3, which was announced quite recently, has reached 452,948 points and successfully climbed to the top. 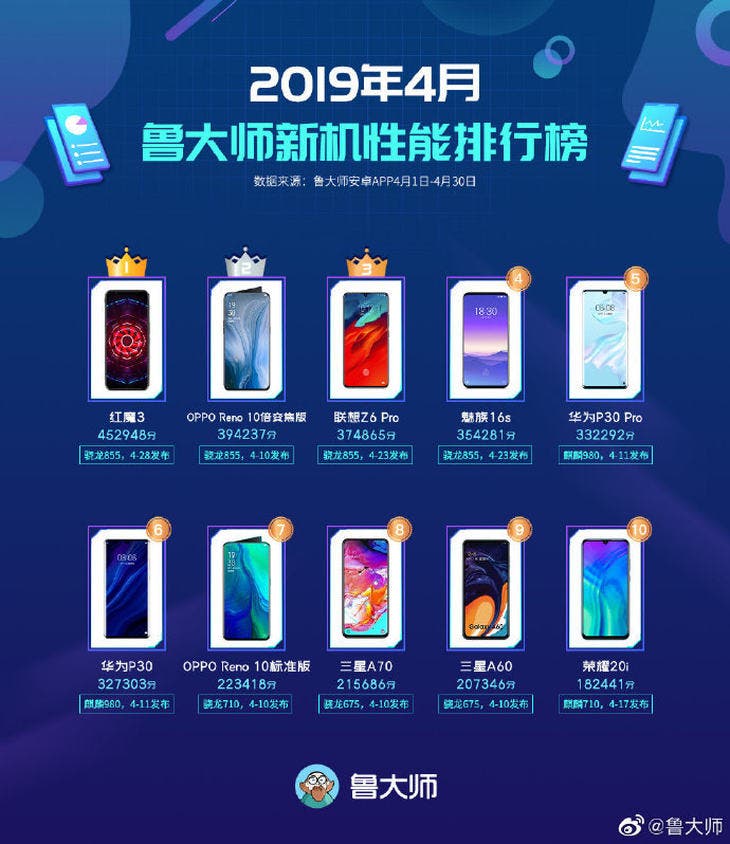 Currently, the mainstream flagship smartphones are packed with the Qualcomm Snapdragon 855 platform. Only Apple and Huawei are using their own chips. Those SND855-powered devices run over 400,000. But their scores do not exceed 450,000. So how the Red Magic 3 could reach such results?

One of the most important reasons is that the Red Magic 3 is equipped with the ICE2.0 multi-dimensional heat dissipation system, which increases the effective heat dissipation area to 32000mm2.

At the same time, the Red Magic 3 uses a 6.65-inch AMOLED large screen and is equipped with up to 12G+256G of memory. As a gaming smartphone, the Nubia Red Devil 3 runs on RedMagic OS 2.0 system and Game Space 2.0 to enhance the user experience.

Next LG & Samsung closes their factories in South Korea