The upcoming OnePlus 7 Pro has cast a huge shadow on the standard OnePlus 7 model that the company launches each year. So much that there’s not much interest in its specifications and design. Up till now, the thought was that both upcoming OnePlus handsets would feature a pop-up camera design but now, a leak from German blog Winfuture has cleared the air once and for all.

The OnePlus 7 features a waterdrop notch design that was also on the OnePlus 6T. This clearly means that the company is making more efforts to make the Pro model stand out. Although, the OnePlus 7 will feature some beastly specs inside upgraded from the OnePlus 6T. 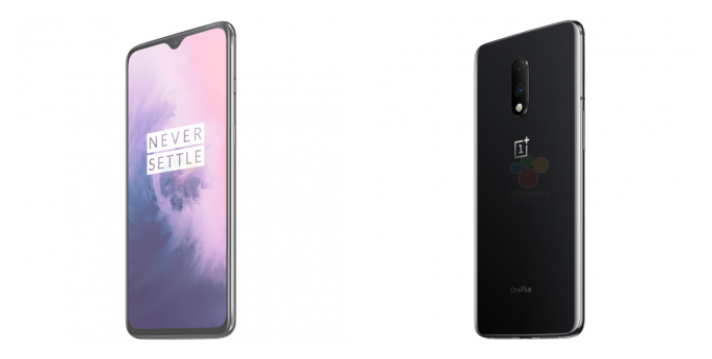 This includes the brand new UFS 3.0 storage (also on the Pro variant) that is sure to add significantly to the user experience. There will be a dual rear camera setup including a 48MP primary shooter and of course, the Snapdragon 855 SoC. That’s what we know right now. The source also hints at a 3,700mAh battery on the handset. The launch of the handset is on May 14th, around a week from today.

Next ZTE Axon 10 Pro Officially Uncovered: The First To Use F2FS