We’ve known for a while that the Oppo subsidiary – Realme will be making a foray into China, its original home country after it recorded a huge success in India. We also do know that it could be launching the Realme X in the country with some speculations pointing to May 15, and now, Realme has finally confirmed the launch date.

The brand via a Weibo post officially revealed that it will make its official debut in China on May 15 at 3 PM (local time) with the release of  Realme X which will be accompanied by a watered down variant dubbed the RealmeX Youth edition/Lite as revealed by a listing on Jd.com over the weekend.

Although not officially confirmed, reports say the firm could also be launching a more advanced variant dubbed the Realme X Pro, so the RealmeX will more or less arrive as a series similar to the upcoming Oneplus 7 series rather than a single device. The Weibo post also hinted that the phone is available for reservations in China via JD.com, Suning, and TMall, although these retailers have yet to reveal the specs and even pricing of the upcoming phones. 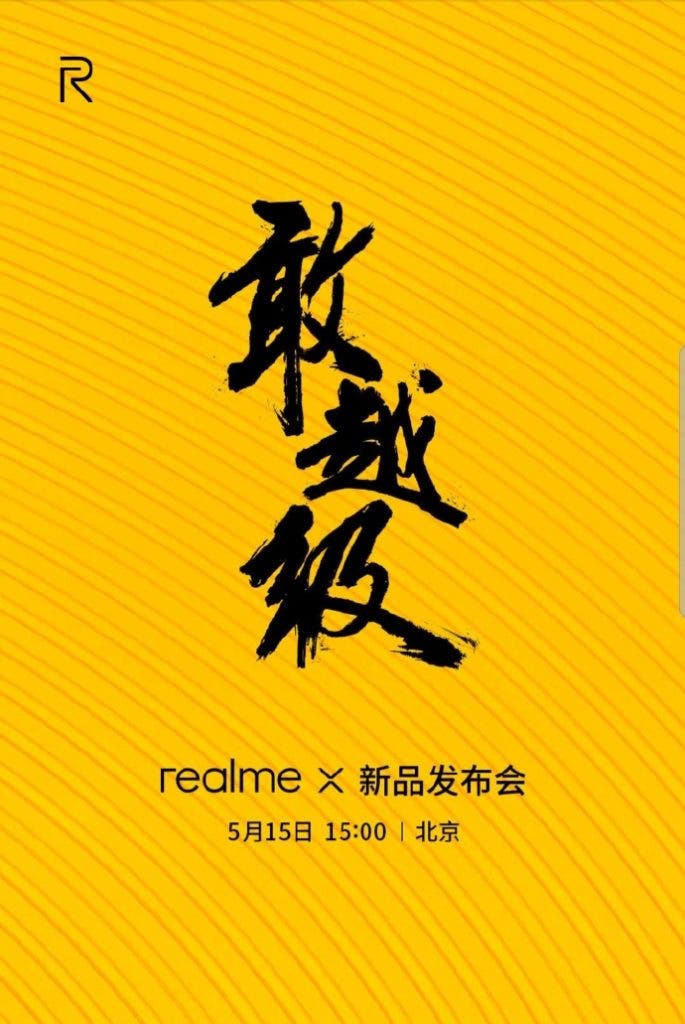 The device as per previous leaks is expected to come with a bezel-less full-front display, a pop-up selfie camera and what is more,  a triple rear camera setup. You can check here to follow our reportage of the upcoming device.