According to IPlytics – authorized patent data firm – Chinese companies lead in worldwide 5G patent claims, Huawei is the leader in applications. Chinese firms took the lead for 5G Standards-Essential Patents applications and this represents 34% of the world’s aggregate according to the report.

The fast-growing Chinese company, Huawei was the biggest contender in this race, with a total of 15% of Standards-Essential patents. Standards-Essential Patents (5G SEPs) are all mandatory patents that are required for any company that wish to implement standardized technology licenses for the new networks. Three Chinese companies besides Huawei made it to the Top 10 5G patent applications. Fellow Chinese firms were ZET Corp and China Academy of Telecommunications Technology, achieving the 5th and 9th places. The other Chinese firm to reach with a total of 207 5G SEPs was Guangdong OPPO Mobile Telecommunication Corp.

Companies such as Huawei are betting a lot of resources in the development of new technologies. Of course, the new network standard will be the next thing in the industry. Apart from its debut in this year, with the first smartphones with 5G support being released, there still a long road for the growth of this rapid network standard. The race now is between the U.S. and China to see which country will be the first to kick 5G networks. 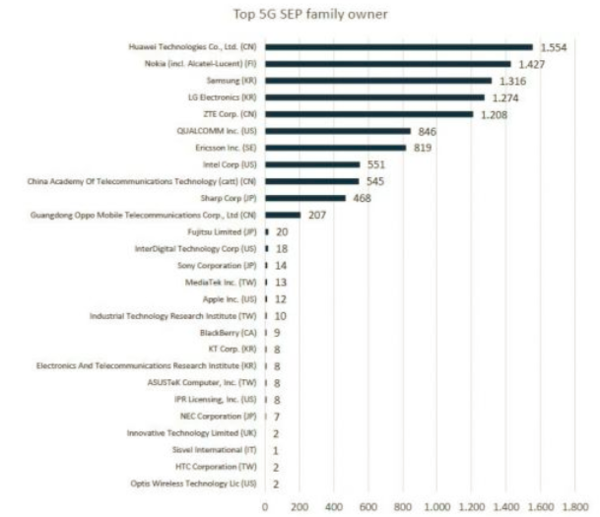 Apparently, China has the upper hand and was billed to officially roll out of the network during Q1 2019. However, the technology is still on the testing phase in both the countries.