According to Apple World report, the latest research by Strategy Analytics shows that the intense price war has brought tremendous pressure on many tablet manufacturers. However, Apple’s sales of iPad in the first quarter far exceeded that of other companies. Apple’s new iPad Pro has successfully helped Apple to save the tablet market share.

In recent years, top tablet makers such as Apple, Huawei, Amazon, and Microsoft have been looking for new power in the market in order to use their advantages and gain market share. But unfortunately, the global tablet market fell by 5% year-on-year in the first quarter of 2019. 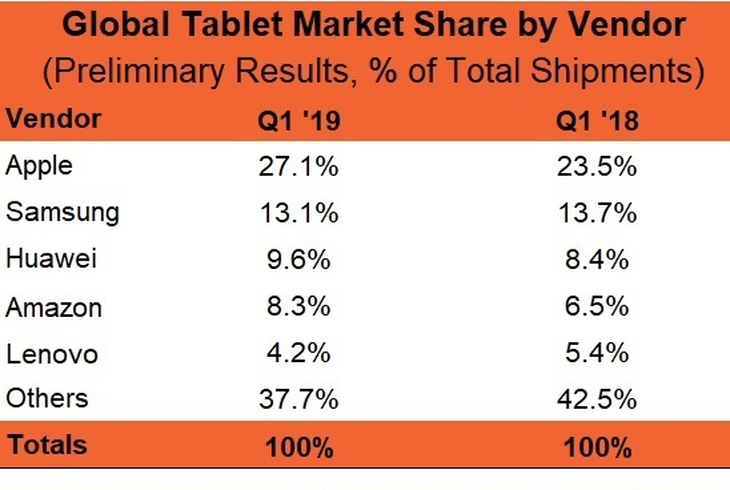 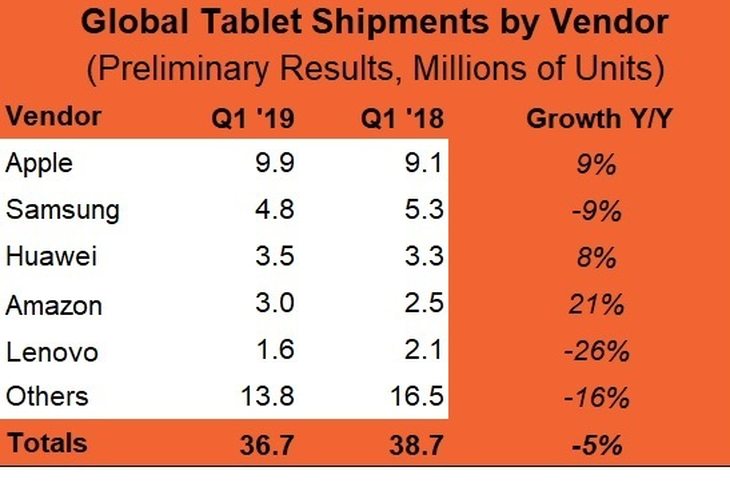 The reason why Apple’s tablet PC sales share growth is mainly due to the strong momentum of the new iPad Pro. Although the price is not low, it does not reduce the user’s desire to buy. The most intuitive performance is that the average iPad Pro sales price has risen from $451 in the first quarter of 2018 to $490! This is really a black horse of Apple!

Previous Duo of flash deals from the Tomtop e-shop