The Mi Fit app is the official app for Xiaomi and Huami’s (Amazfit) activity & health trackers and smartwatches. The application also works with a plethora of smart fitness products made by Xiaomi and its partner companies such as the Mi Smart Scales and smart shoes made by 90, Sprandi, Li-Ning, and Kangnai. The app received a new update on May 8 that brought a new design refreshment to the User interface also introducing some new features.

The new update gives the app a Xiaomi -Orangeish painting but there is still a lot of white too. Important details such as sleep activity, heart rate, and weight are now summarized in a centralized box instead of being separate as before. Selecting any one of the sub-menus will open a more detailed breakdown of the selected parameter. 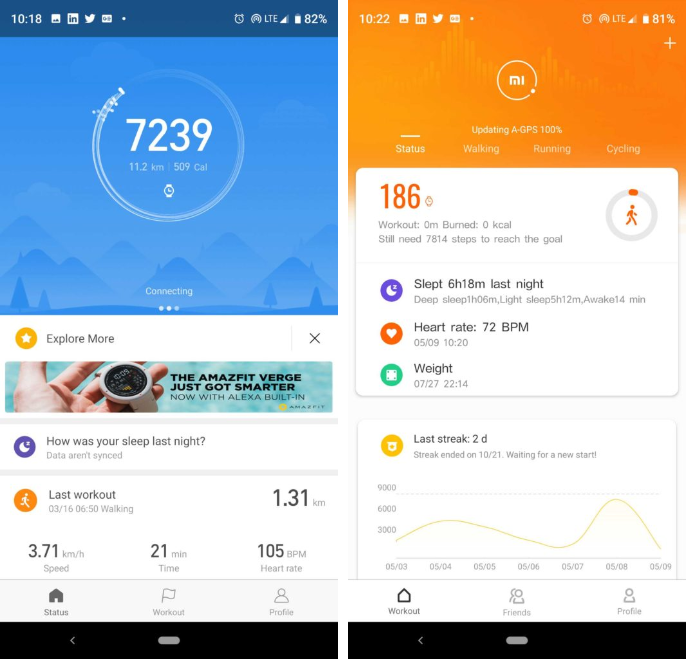 Play Store’s changelog states that the data view has been further optimized and the application now supports more types of workouts. However, users are already complaining that a new interface is somewhat faulty when compared to the previous one. After all, seems that now multiple “clicks” are required in order to get certain details which used to be at the forefront of the old app.

If you’re using the Mi Fit app and already received the new update don’t forget to leave your opinion about the new interface and the features introduced by the latest version.

Next Realme X with Snapdragon 710 takes the Geekbench test