Facebook Twitter Youtube
RealMe, a spin-off of the popular Chinese brand Oppo will be holding a special launch event in Beijing on Tuesday, May 15th for its first-ever launch event outside of India where it has successfully challenged Xiaomi and Samsung having grabbed a substantial part of the market share. Having churned out several budget phones since its first debut last year, the brand now seems to be looking to up-the-ante with the launch of some more capable phones for the Chinese market where it is billed to introduce the Realme X, Realme X lite and perhaps the more capable Realme X pro. 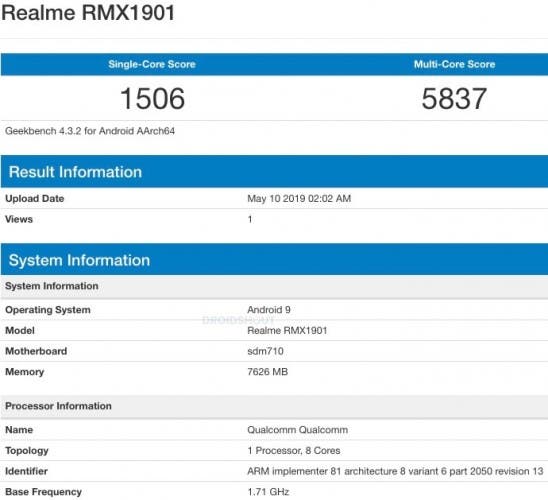 Ahead of its May 15th unveiling, the Realme X has now surfaced on the Geekbench database confirming a number of expected and previously revealed specs. As per the Geekbench listing, the Realme X is billed to arrive with the Snapdragon 710 SoC, and while that lines up with its listing on TENAA, the Geekbench however tends to be at variance with TENAA revealing 8GB of RAM, while TENAA only lists 4GB RAM. This isn’t surprising though, as there might be more than one variant of the device in development. 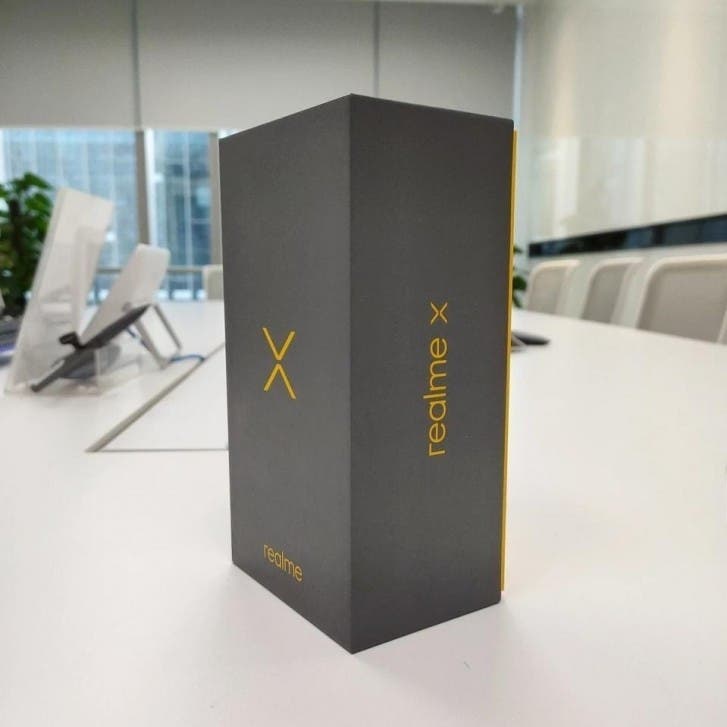 When it’s officially unveiled in the coming days, the Realme X is expected to arrive flaunting a 6.5-inch AMOLED display with an FHD+ resolution, with no notch or whatsoever, but instead will get a pop-up camera system which will house a 16MP camera sensor. The Flipside will be home to a dual rear camera setup consisting of a 48MP (Sony IMX586) + 5MP, while it will be powered by a 3,680mAh battery.