Chinese smartphone brand OPPO recently launched the OPPO Reno – its latest and first device with truly high-end specs since last year’s Find X, and recently, it became clear that the brand could be launching a fresh phone in the Reno series soon. Now, indication has emerged that the brand also has plans to launch a fresh variant and a special edition of the Reno series( Oppo Reno Gundam Edition).

Much like the OPPO F11 Pro Avenger edition that ties into Marvel’s cinematic behemoth, report says OPPO is partnering with Gundam for a  special edition Reno smartphone dubbed – the Oppo Reno Gundam Edition. The brand has yet to officially confirmed the collaboration, though leakster Ice Universe already released render of the Gundam Edition smartphone.

Unlike the first generation of the new Reno series rocking a truly all-screen panel unblemished by any notch or punch-hole cutout, the render reveals that the alleged Oppo RenoGundam Edition will  similar all screen display with minimal bezels, but this time, OPPO opted for a dot-notch or a cut-out on the display for housing the front-facing camera. 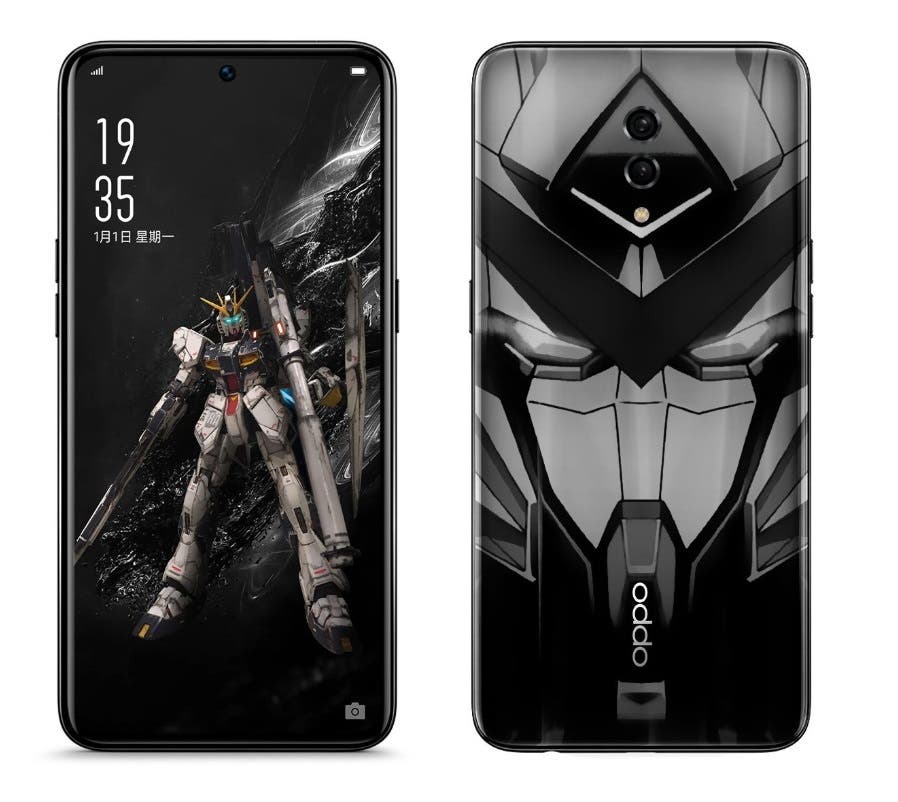 On the back, like the standard Reno,  you get a dual-rear camera setup with no fingerprint sensor in sight, so the device most likely will use the in-display option. While the whole specs sheet remains under the wrap, the render reveals a uniquely designed back panel depicting the science fiction media franchise created by Sunrise that features giant robots with the name “Gundam”.

The Reno series will be heading to Malaysia on May 29, perhaps, we might get to see the OppoReno Gundam Edition on the said date.

Previous South Korean carriers may subsidize 5G phones by over 50%