Renders and specifications of the Huawei Nova 5 surfaced some couple of hours ago, and now, it appears the device alongside the Huawei Nova 5i will be launching soon as we now have solid information that these devices actually exist. 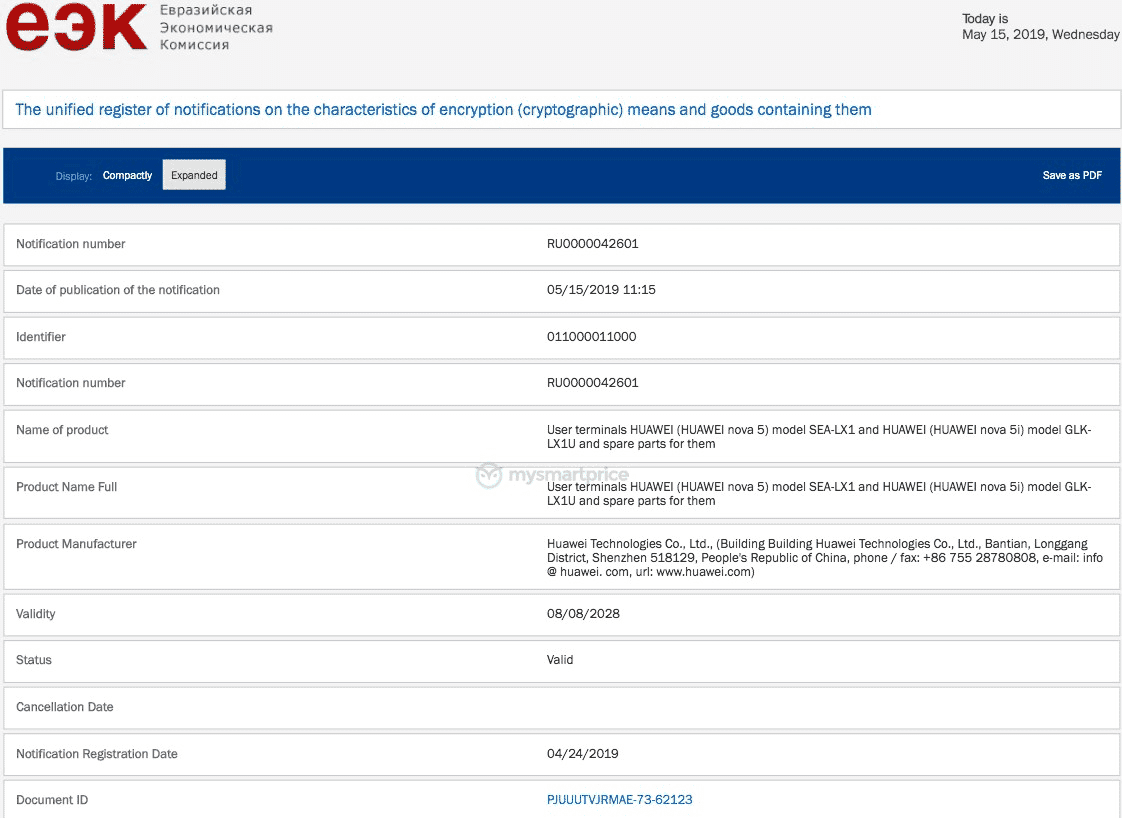 Other than the aforementioned, the EEC listing doesn’t provide any other information, however, early renders suggest the device could come with a design similar to the Huawei P30 with a triple camera on the rear, but with a slight design difference in its flash position. There is no fingerprint identification module on the back of the Nova 5 thus there is a high probability that it will use an on-screen fingerprint sensor. There is not much news about the SoC, but following the consistency of the Nova series, the Huaweinova 5 processor should not be lower than Huawei nova 4, and if that holds water, then we should see the Nova 5 launch with the Kirin 980 SoC.

Similarly, the Huawei Nova 5i with GLK-AL00 and GLK-TL00 model numbers have also been approved by the FCC in the US and 3C in China revealing a 3900mAh capacity battery with a 10W power adapter in the box. We should get to know more about both devices in the coming days.