RealMe, a spin-off of the popular Chinese brand Oppo has today launched the much rumored Realme X alongside the Realme X Lite in China. This marks the first time the brand will be launching its smartphone outside the shores of India, and while the Realme X  is by no means a true flagship smartphone, it is still a formidable device and the most spec-laden device ever made by the brand, while it also maintains the brand’s aggressively low price point.

The Realme X has a 6.5-inch 1080p AMOLED with FHD+ resolution, undisturbed by a notch or any form of cutout. The display is made by Samsung and has 2.2mm narrow border on the top and 1.62mm ultra narrow bezels on the sides amounting to as much as  91.2% screen-to-body ratio. It has a fingerprint scanner fitted into it, and what is more, it is topped with a layer of Gorilla Glass 5 for added protection. 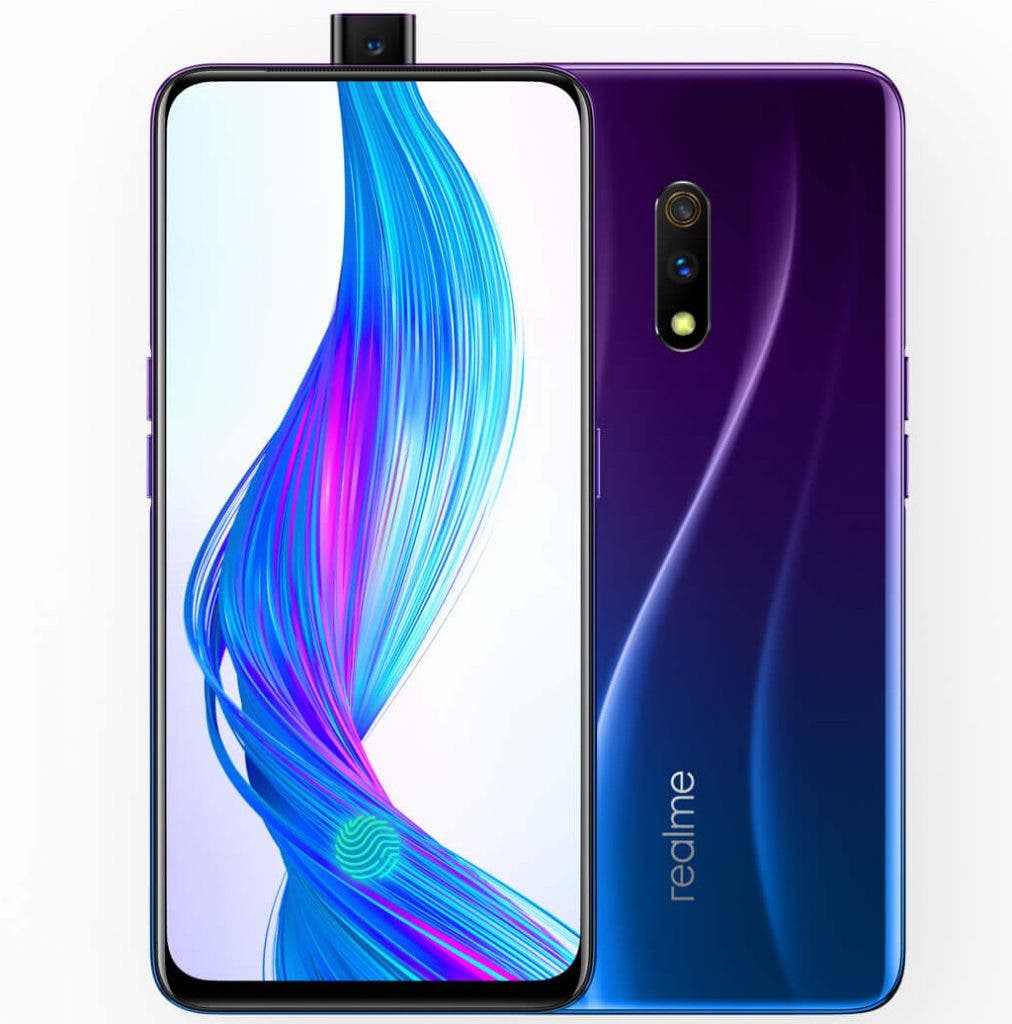 While the brand has relied on mostly the water-drop notch for its other offerings, this marks the first time it is opting for a motorized pop-up mechanism behind the display which houses ta 16-megapixel pop-up front camera with Sony IMX471 sensor and can launch in 0.74 seconds. The brand is claiming the pop-up mechanism has been tested 200,000 times. On the flip side, the device houses a twin camera setup consisting of a 48MP  Sony IMX 586 sensor which uses pixel binning to combine 4 pixels into one for 12MP final images. The main snapper is joined by a 5MP f/2.4 depth-sensor for capturing depth information in portrait shots.

Under the hood, the device is powered the same SoC on the standard OPPO Reno – the Qualcomm Snapdragon 710 chipset with an octa-core CPU and Adreno 616 for. This is paired with up to 8GB of RAM, while the storage maxes out at 128GB. It runs on Android 9.0 Pie based ColorOS 6.0. The Realme X is fueled by a 3,765mAh battery with VOOC Flash Charge 3.0. 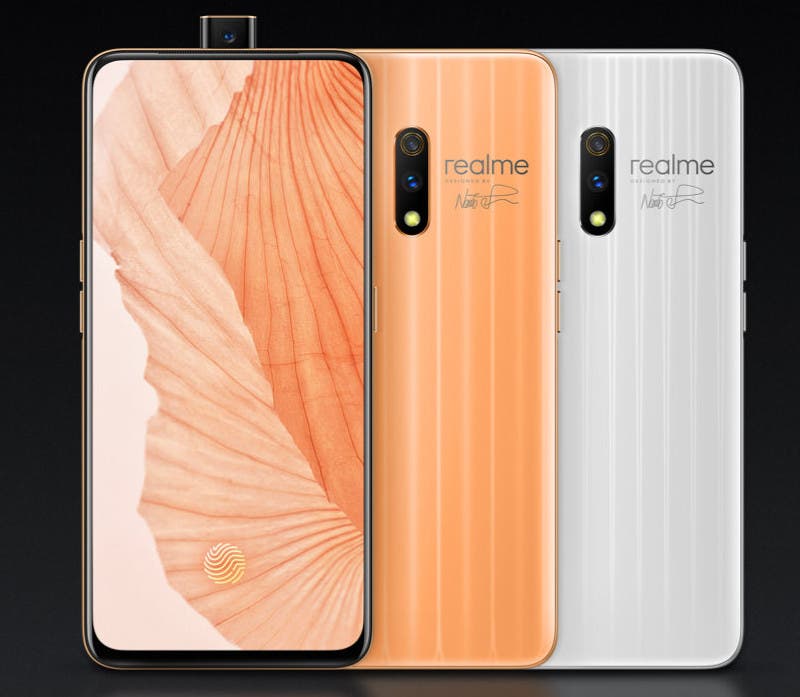 The OPPO backed brand also introduced a Master Edition designed by Naoto Fukasawa in Onion and Garlic White colors with unique patterns at 1899 yuan (US$ 276 / Rs. 19,410 approx.). It will go on sale in China starting from May 20th.

Next Huawei Nova 5 gets more real as it secures EEC, FCC approval