The original Motorola’s RAZR flip phone was one of the company’s greatest hits and probably one of the most successful handsets pre-smartphone era. We’re now in 2019, and the technology is miles and miles beyond it was in the RAZR glorious days. With the advent of foldable smartphones, the Lenovo owned company started to work in a new incarnation of the successful flip phone, this time with smartphone pedigree and foldable display technology. The device recently leaked in a couple of pictures and today a new video of the handset emerged on China’s Weibo showing the device from all sides.

The video confirms the presence of clamshell build and design language, however, it won’t come with a physical keyboard. The main quality of this design is that the Moto Razr won’t reach the size of a tablet when unfolded, like competition’s direction. Instead, it will be truly compact when folded and when unfolded it will like a standard smartphone.

RAZR will also come with a front small screen that will show up when the smartphone is folded, however, its usability will probably be limited to previewing selfies, checking notifications and time. The resolution of this small screen 600 x 800 pixels but its size is unknown. Just below it, we can find the selfie snapper. Previous leaks indicate that the phone truly unfolded display will be a 6.2-inch OLED panel with 2142 x 876 pixels of resolution. The handset won’t reign as a flagship, it will come specifications that would classify it as a premium midrange smartphone. It includes the Snapdragon 710 SoC 2.2GHz that comes paired with Adreno 616 GPU. The smartphone is expected to arrive in two variants such as 4 GB RAM + 64 GB storage and 6 GB RAM + 128 GB storage. 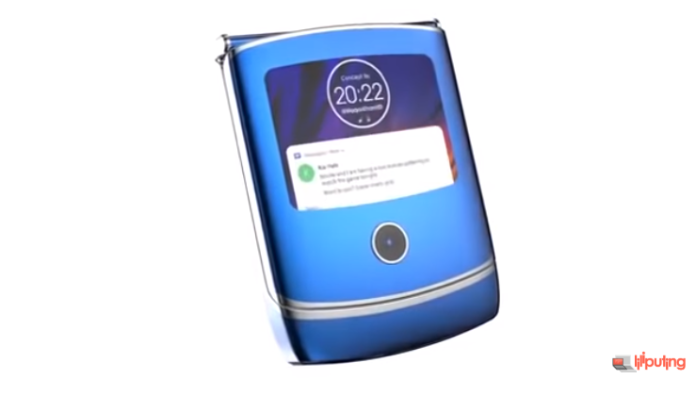 Furthermore, the Motorola’s RAZR 2019 will count with a rather small 2,730mAh battery, thankfully with a fast 27W TurboPower charging. There are no details about its pricing, but considering specifications we hope that Motorola doesn’t make it a disaster putting it in the same pricing class of Mate X and Galaxy Fold.

Next Huawei asks top suppliers in Asia to maintain supply