Xiaomi’s Redmi is apparently gearing up to launch a new Flagship grade smartphone. We are talking about the flagship killer named the Redmi K20 which it teased hours after Oneplus launched the Oneplus 7 Pro. Although no specific launch date has been tipped, we do know the device will feature one of the most powerful in the game right now- the Qualcomm Snapdragon 855 chipset. 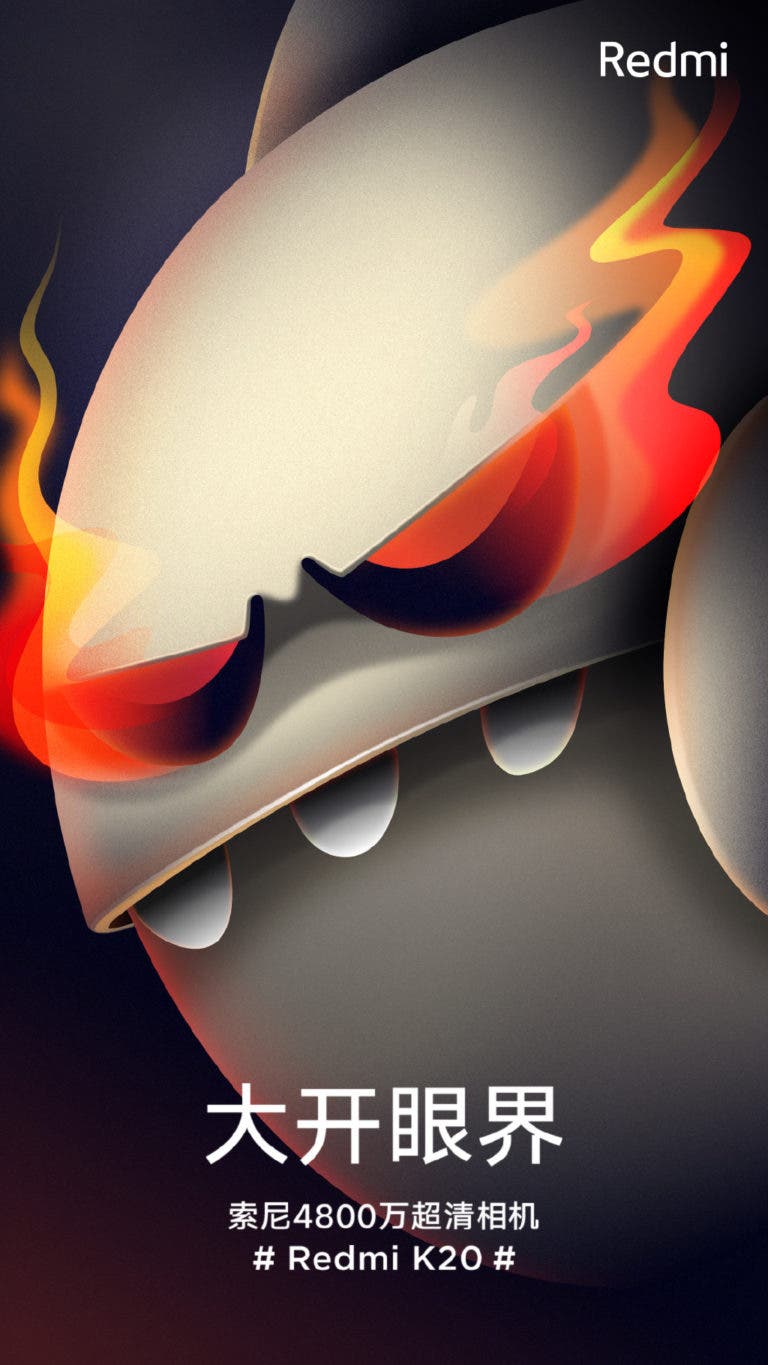 Just a few hours ago, the brand GM released a teaser that suggests it could come with a pop-up camera setup that could take more than 300,000 pop-ups, and now, the  official Redmi Weibo account has confirmed that the flagship will come with Sony’s IMX586 48MP sensor, the same sensor found in most recent smartphones like the Oneplus 7 Pro, Xiaomi Redmi Note 7 Pro, the Realme X, Nova 4 and more. And while the other camera details remain unknown, the company’s Gm in a separate Weibo post revealed that the Redmi K20 camera will be capable of shooting 960fps videos.

The brand has so far only confirmed the Redmi K20 2ill come with the Qualcomm Snapdragon 855 chipset, a pop=up camera, and now a 48MP camera capable of recording 960 FPS slow-motion video.  It has yet to confirm the launch date, so we still expect to hear something new about the smartphone before it’s launched.

Based on speculations, the Redmi K20 is tipped to feature a 6.39-inch AMOLED display with the notch-less design form factor, with the Qualcomm Snapdragon under the hood and will come in 6GB/8GB RAM, 64GB/128GB/256GBconfigurations, while the whole package will b powered by a 4,000mAh battery with fast charging support.

Similarly, the parent brand – Xiaomi is also teasing the launch of two smartphones in India – the Redmi Note 7S, and the Redmi 7A, although details regarding these devices are still relatively sparse, we should be getting more details in the coming hours.

Next Lenovo Z6 Youth Edition incoming on May 22