Xiaomi backed Redmi has finally revealed the launch date of its acclaimed flagship killer. The company has been drip feeding us with some info relating to the supposed flagship killer, and now, the company has announced that the Redmi K20 will make its debut on May 28  at an event in Beijing, China. However, there is no word on the venue where the event will take place.

Besides confirming the launch date, the company had earlier this week confirmed the Flagship Killer will be powered by Snapdragon 855, feature a 48-megapixel rear camera while a separate cryptic teaser reveals it will indeed come with a pop-up front camera that has been tested to withstand 300,000 pop-ups, and speaking of the camera, a recent teaser also confirms the device will get a 960fps slow–motion recording support.

The Demon King as it is codenamed will retain 3.5mm audio jack, and if leaks and rumors are true, then the Redmi K20 Demon king will come fitted with 6.39-inch FHD+ OLED display with up to 8GB RAM and 256GB storage, MIUI 10 based on Android Pie, 48MP primary rear camera with Sony IMX586 sensor, 8MP telephoto lens and a 13MP ultra-wide angle lens, 20MP pop-up front camera, sixth generation in-display fingerprint sensor and a 4000mAh battery with 27W fast charging.

There’s a good chance Chinese brand will launch more than one device come May 28th; one rumored being the Redmi K20 Pro, while other devices in its portfolio including the Redmi 7A and Redmi Note 7S will likely launch today. 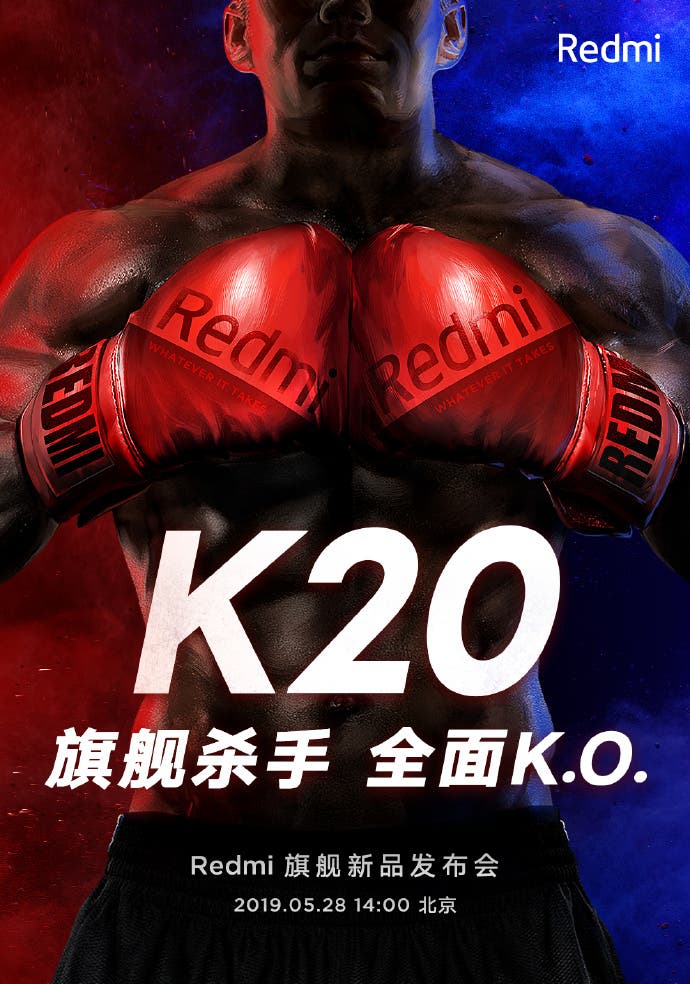 Xiaomi Redmi K20 will be a flagship killer set to compete with the likes of the OnePlus 7 Pro, Samsung Galaxy S10 series, among others, but will not cost anywhere near any of these devices.

Outside of China, the Demon devil as per a tweet from Xiaomi India VP Manu Jain will launch in India soon after its China debut, but when and at what price remain to be known.

Next Official Android seemingly confirms restriction on Huawei's use of Android