Over the past few years, a couple of smartphone vendors have struggled in the market. Taiwanese manufacturer, HTC,  is one of them. While the company prepares its second generation blockchain phone (Exodus 2), a new NCC listing has shown that it is also preparing a mid-range smartphone (HTC 2Q7A100) which may launch soon. The prototype image on this listing shows that the design of this device is consistent with the HTC One series. However, there is more information on the NCC document that suggests that HTC 2Q7A100 belongs to the One Series. The most recent smartphone in the HTC One series is HTC One X10 which was released in July 2017. 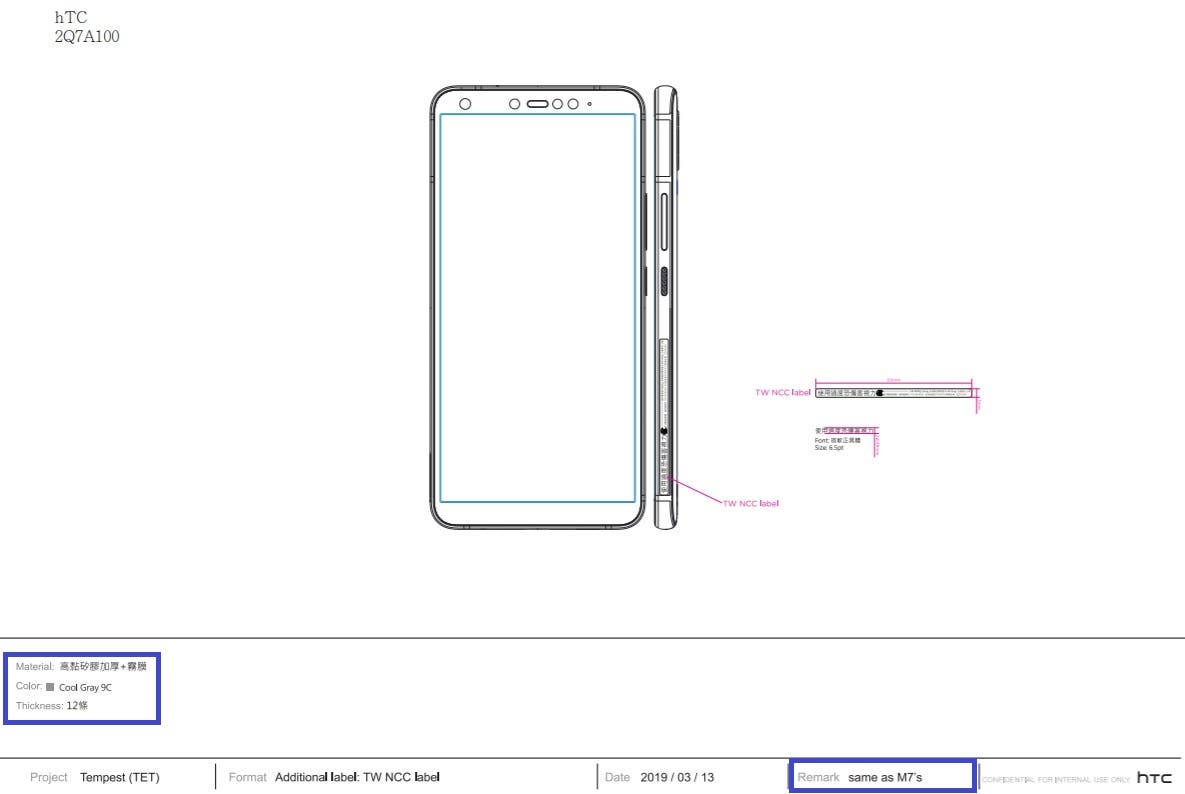 From the prototype image, there is a remark which read “same as M7’s”. The “HTC M7” is also known as “HTC One” and this series is about six years old. Thus, it’s probable that HTC will release the HTC 2Q7A100 in the HTC One series, two years after “abandoning” the One series and commencing U series. Looking at the actual design of this smartphone, it comes with thick top and bottom bezels and it appears that it will use a dual selfie camera. We also have the volume and power buttons on the right side. The NCC document also revealed that HTC 2Q7A100 will be available in gray color option (we expect more colours), it’s 12 mm thick and its build material is a “high viscosity silicone thickening + fog film”. In other words, it uses a plastic body. 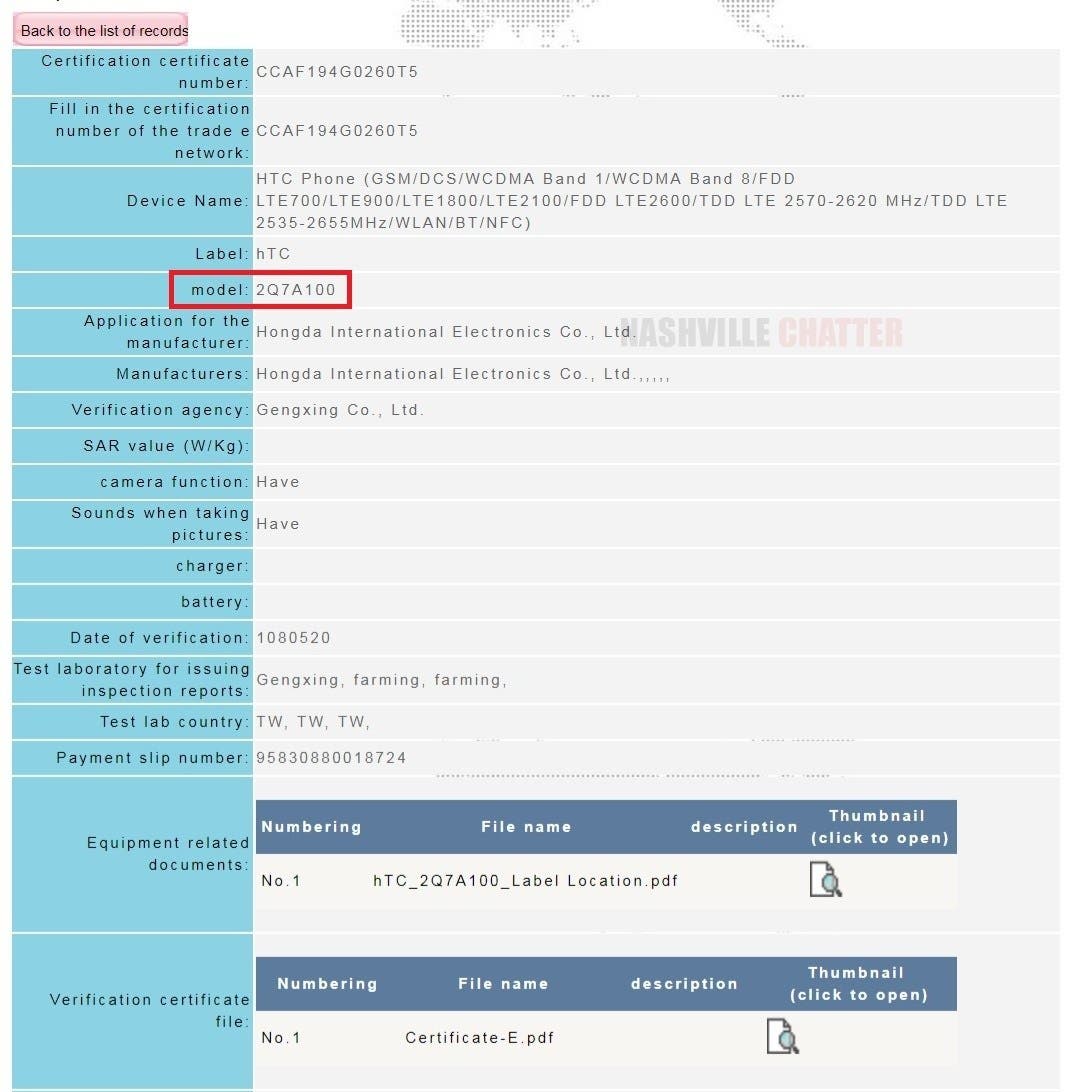 HTC 2Q7A100 has actually appeared on Geekbench twice. The first listing in April 2019 shows that this smartphone will come with a Snapdragon 710 SoC coupled 6GB of RAM and Andriod 9 Pie. However, another listing which appeared in May 2019 shows that this device uses a MediaTek Helio P35 SoC. It is possible that different chips will target different markets just like Samsung does with its flagship series.

Unlocked HTC One M9s get a new Nougat update

Watch as the HTC One (M8) gets unboxed, compared to the original HTC One!

HTC One (M8) leaks again, this time in an even lengthier video