The OPPO Reno series is amazing not only in terms of appearance and a specially-designed front camera but also in terms of hardware. That’s why this handset has all chances to become a bestseller in any market it is released in. We know it will land in India soon, on May 28. But other markets are waiting for this phone as well. Say, today, the company officially announced the OPPO Reno smartphone will be launched in the UK on June 5 for £449. At the same time, the much-talked Reno 10x zoom version will be available for sale on June 12 for £699. 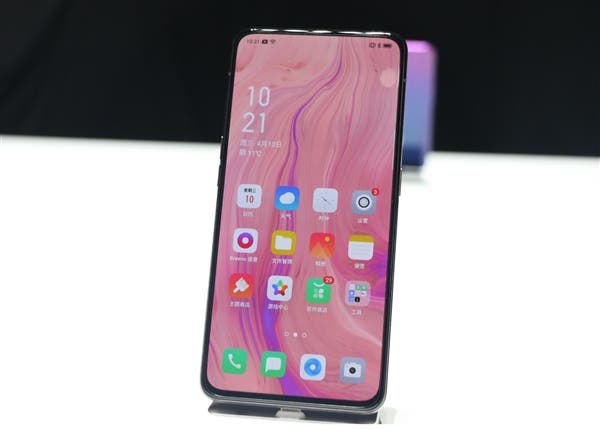 As a reminder, the OPPO Reno is equipped with a 6.4-inch genuine full-screen, which has a resolution of 1080×2340. The display uses an AMOLED touchscreen panel. Under the hood, it carries a Qualcomm Snapdragon 710 processor, which is paired with a 6/8GB RAM, a 128/256GB non-expandable storage, and a 3765mAh battery. There is also a 48MP main camera and a 16MP electric pop-up selfie shooter. The phone runs on ColorOS 6 based on Android 9 Pie operating system.

When it comes to the OPPO Reno 10x zoom version, everything gets hotter. It is equipped with a 6.6-inch panoramic screen, a light-sensitive screen fingerprint recognition module, a Qualcomm Snapdragon 855 processor, a built-in 4065mAh capacity battery and so on. In terms of camera, OPPO’s new Reno 10x zoom version uses a three-camera full-focus image system, which comes with a 48MP HD main camera, a 13MP periscope telephoto lens, and an 8MP super wide-angle lens. This camera supports a ‘16-160mm’ full focal length coverage, up to 60x digital zoom, dual OIS optical image stabilization, and triple focus.