A mystery Xiaomi smartphone with model number M1903F10G  had been previously spotted on several certification portals including the FCC in the US, NCC in Taiwan, EEC in Europe in the past weeks. Now, the same handset has been spotted on Thailand’s NBTC website with a name. The handset is called Xiaomi Mi 9T, and as such, looks like a completely new device. 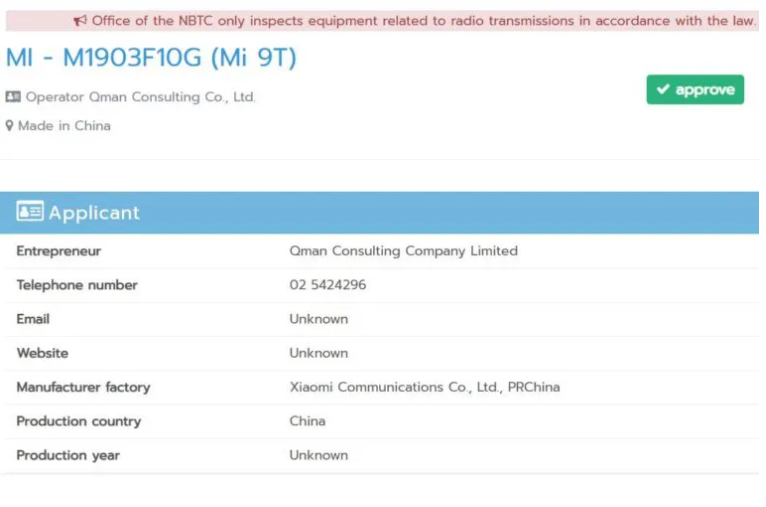 Now, despite the appearance on all these portals, there’s no idea what this smartphone might hold in its guts. However, what’s strange is the fact that Xiaomi hasn’t launched any device with this moniker ever even in its flagship Mi 9 series. Could it be that this is a rebranded version of an already launched version of the Mi 9? It’s hard to tell unless we get our hands on at least some vital specifications or designs.

Xiaomi has three variants in its current flagship series – the Mi 9, Mi 9 SE and Mi 9 Transparent Edition. It could be that the Mi 9 Transparent Edition be named Mi 9T. But that’s just our guess. The other possibility is that Xiaomi might have a Pro variant of the Mi 9 which hasn’t yet released anywhere and the company could be planning a global launch of the same device. either way, with so many certifications, we expect there to be some news about this device on the horizon soon.

Previous Urgent discount! UMIDIGI A5 Pro can be purchased under 90$