Though all we are looking towards the new line of OPPO, dubbed as Reno because they are quite powerful and are going to struggle against such beasts as the Huawei P30 Pro and Samsung Galaxy S10+, there are other models coming our way from this manufacturer as well. Probably, some of them are overshadowed by the top-end models, but they still worth our attention. Say, the OPPO A9x went on sale today, but you can’t find much information about it. In fact, A9x is a great mid-range smartphone that can be a good replacement for those who can’t afford to buy flagship smartphones. It is priced at 1999 yuan ($189). 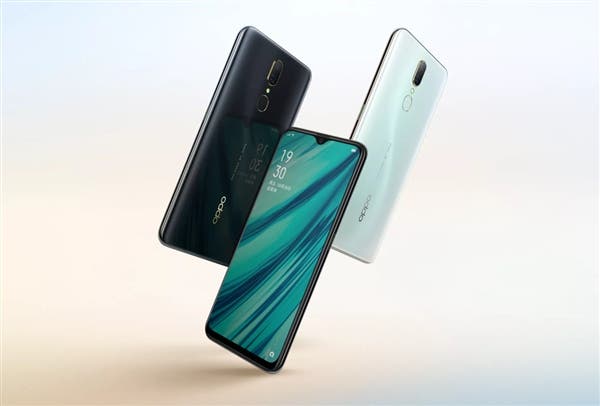 As the name suggests, it belongs to OPPO’s A series. So no need to expect for many top-end features. Instead, you can find some specs that are originally put on high-end smartphones as well as a relatively low price tag. Say, the OPPO A9x sports a gradient rear design, with two colors of ice jade white and ochre black. A 6.53-inch drop screen was used with a screen ratio of 90.0% and a screen resolution of 2340×1080. It’s is also covered with Corning’s fifth-generation Gorilla Glass.

In terms of camera, the OPPO A9x uses a 48-megapixel sensor with an f/1.7 aperture and a secondary unknown sensor. This dual-camera supports ultra-clear night view 2.0. And there is also a 16-megapixel selfie shooter supporting AI beauty.

Under the hood, the phone carries a MediaTek P70 octa-core processor, which has a clock speed of 2.1GHz. The chip is paired with a 6+128GB storage combination. In addition, the OPPO A9x is equipped with a large 4020mAh battery, which supports VOOC flash charging 3.0.

As said, the OPPO A9x is priced at 1999 yuan and is already available for purchase.

Previous UMIDIGI A5 Pro unboxing video, last chance to get it for $89.37 at UMIDIGI Fan Festival