Today, Redmi officially announced that the Redmi K20 series will be equipped with the 7th-generation on-screen fingerprint sensor. This has triggered the attention of netizens considering that Xiaomi’s flagship, Xiaomi Mi 9, comes with the 5th-generation screen fingerprint. According to Redmi, this scanner comes with a 100% higher photo-sensitive area and 30% more accuracy than its predecessor. In addition, the scanning area increased by 15% and it comes with a 7.2μm ultra-large pixels coupled with a 3P lens. 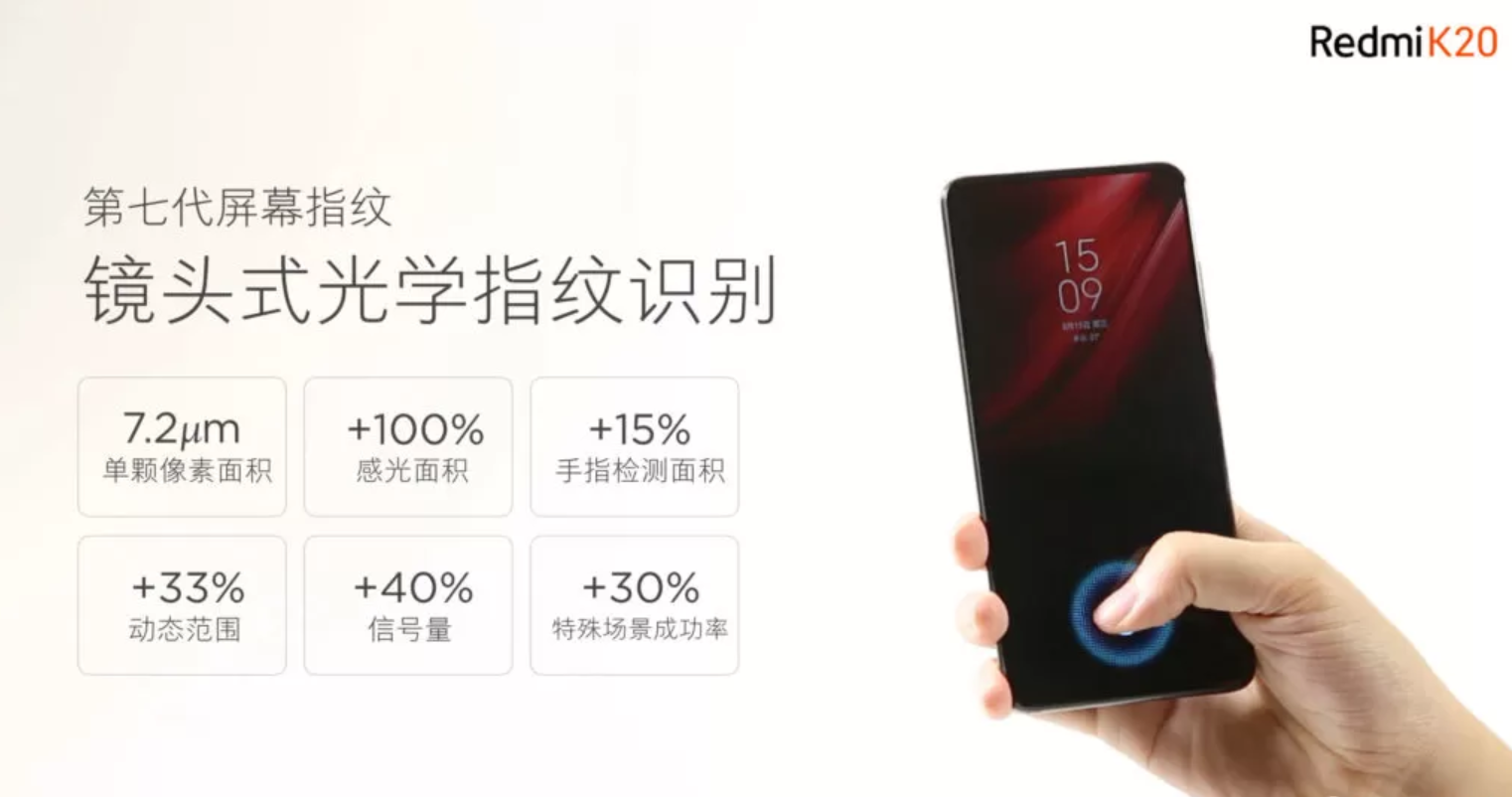 The unlocking speed of the Redmi K20 series fingerprint sensor will increase by 10% relative to the previous generation because it comes with DSP acceleration technology. Even under high light/low temperature, the success rate increases by 30%. It is reported that this series adopts a true full-screen display without a notch, punch-holes, and waterdrop design. The AMOLED display resolution is 2340×1080 and this is the first AMMI flagship launched in 2019. 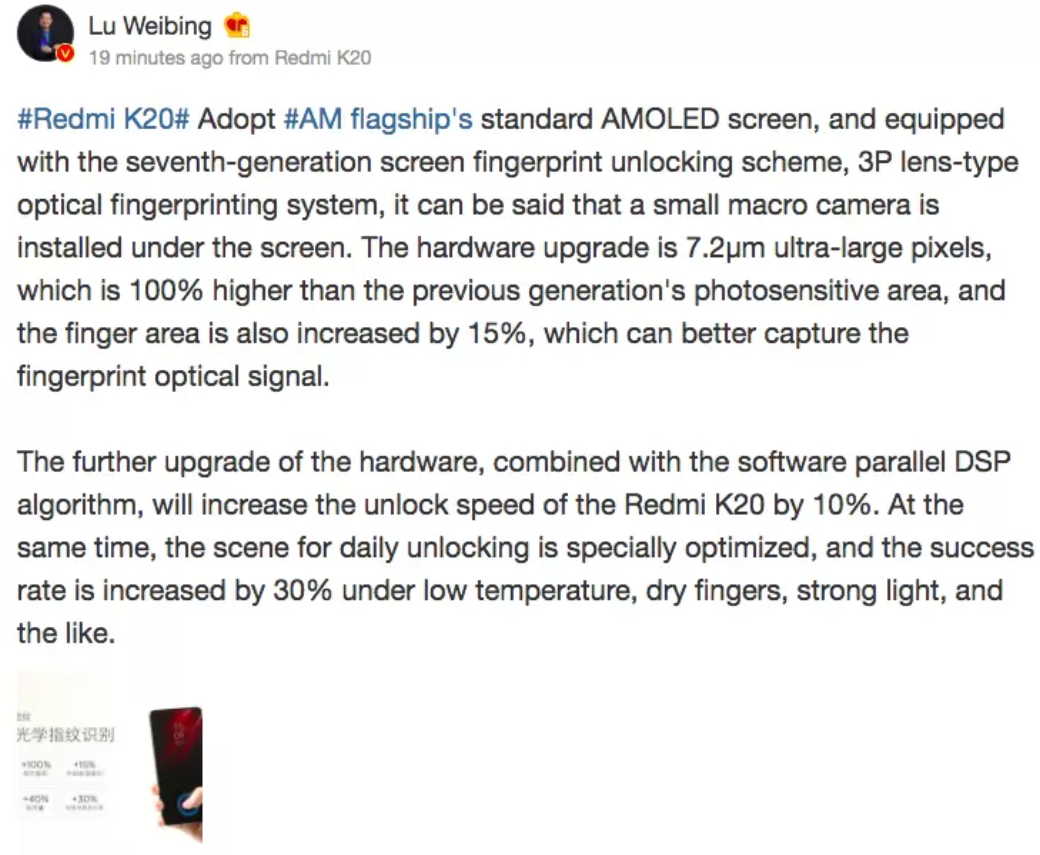 The Redmi K20 series also uses a pop-up front camera, which is the first Xiaomi smartphone with this solution. Lu Weibing, vice president of Xiaomi Group and general manager of Redmi brand, said that the Redmi K20 series pop-up camera can take more than 300,000 lifts and can be used for more than 8 years if the average daily usage is 100 times. In the core configuration, the Redmi K20 Pro is equipped with the Qualcomm Snapdragon 855 flagship platform and it comes with a SonyIMX586 48MP super wide-angle triple rear camera. This device features 960 frames super slow motion video capture. This device uses a 6.39-inch AMOLED display and its lights will be kept on with a 4000 mAh battery which supports 27W fast charge. For connectivity, the device supports NFC. The smartphone will be released on May 28 and it is definitely worth looking forward to. What do you think about this device?