The Redmi K20 or the “Demon King”  as it is fondly called  is coming very soon and the Redmi team is still on top the hype game. The device arrives officially on May 28 in China, but we already know a number of features and specs about it, all thanks to some official teasers and or leaks.

Continuing the hype game, the company’s GM Lu Weibing has once again confirmed one more feature of the upcoming phone. In one of his early morning Weibo post today, Lu Weibing that the Redmi K20 will retain the 3.5mm headphone jack. The decision to retain the audio jack according to LU is borne of of the love for the feature by its teaming fans. He further hinted the device has passed the Hi-Res certification process, and with the mi sound enhancement, you are assured of high-quality sound output.

We know quite alot about the upcoming device already, so only a few details will be left to be announced at its launch. The device is expected to be powered by the Snapdragon 855 SoC, pop-up front camera, Sony 48MP ultra-clear camera, 4000 mAh long battery, seventh-generation screen fingerprints. In addition, the smartphone uses a “true full-screen” form without a notch, punch-hole, or water-drop design. 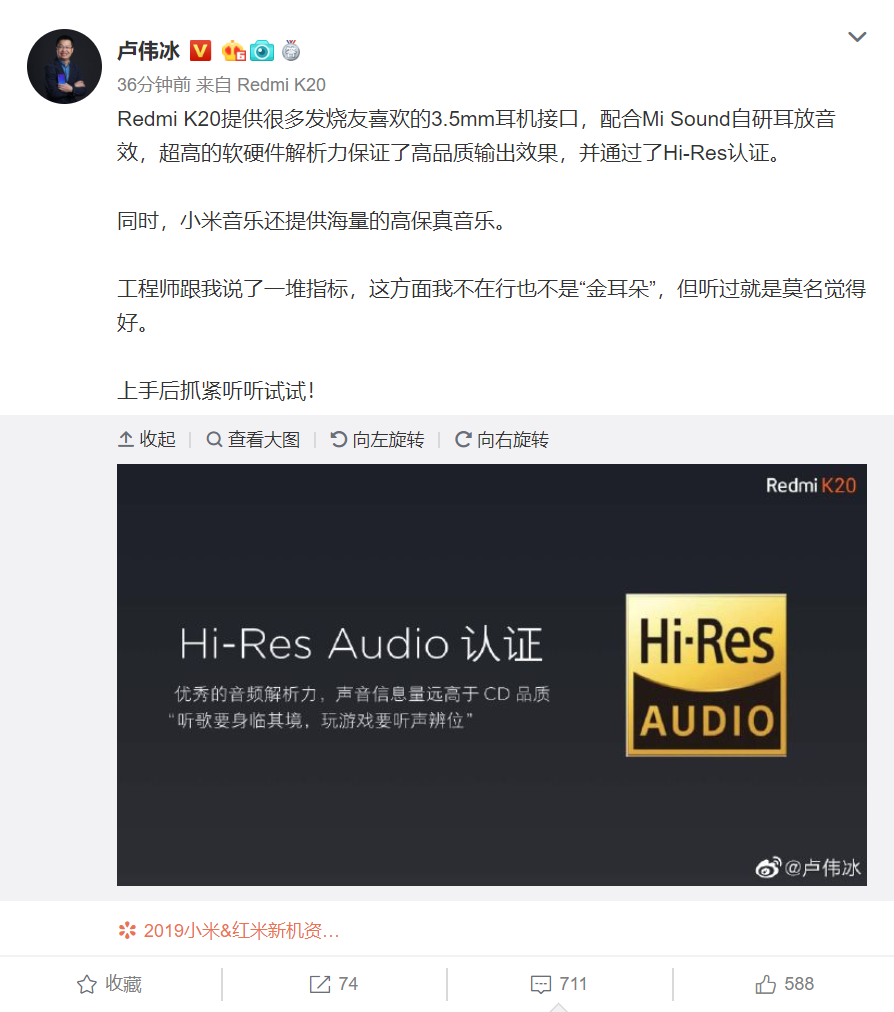 Previous Redmi K20 to use a Qualcomm Snapdragon 700 series SoC