We’ve been inundated with some uncountable number of leaks and teaser about the upcoming Redmi K20 and K20 Pro in the past few days. Both devices will be officially announced at a launch event holding in Beijing China on May 25, they are however not the only devices that will be introduced tomorrow.  Redmi has seemingly confirmed that its firs laptop – the RedmiBook 14 will launch alongside the flagship K20 Pro and the mid-range K20 tomorrow in China.

An official teaser released by Redmi on Weibo gives us hint of what the RedmiBook 14 got to offer ahead of its launch tomorrow. While teaser doesn’t confirm any specifications,  it does shows a side view of the laptop, and from what we can seen, the RedmiBook will be offer a Razor thin profile.

The teaser poster has the May 28 launch date, and is captioned “there are more than one surprise tomorrow,” and concluding same with Redmi flagship launch, see you tomorrow.

The RedmiBook 14 had passed through the Bluettooth SIG certification process earlier this month, and was soon followed by a leak that revealed some of its expected specs. Although the leak provided no real-life images/renders of the RedmiBook 14, it did revealed it will come in a silver metal body that measures 309.6 mm x 210.9 mm x 14.8 mm and weighs 1.3 Kg. 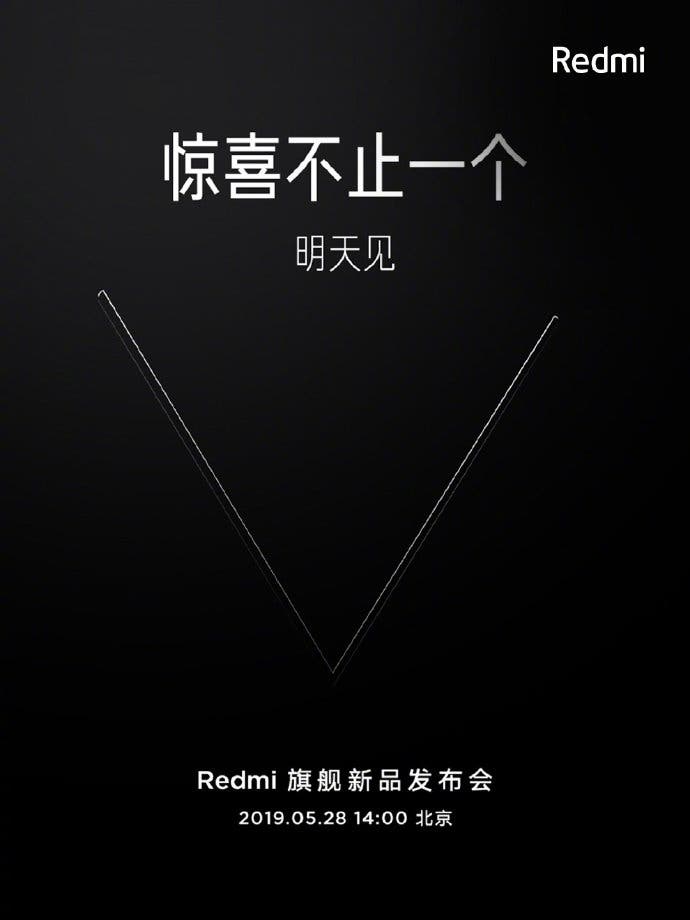 The leak which came courtesy of tipster @ishanagarwal24 revealed that the RedmiBook will indeed come fitted with a 14-inch sized display and will come in three variants including the Intel Core i3, Core i5, and Core i7 mobile processors powered variants. These variants will be offered in 4GB or 8GB of RAM and 256GB or 512GB of storage. The tipster also hinted that the Redmi book will come embedded with Intel’s integrated graphics card for the base variants, with the more premium options going for the NVIDIA’s GeForce MX250 GPU.