With the announcement of the VIVO APEX concept smartphone, the industry entered a new era of development. Though it was launched as the VIVO NEX, which slightly differed from the concept model, everything started with our protagonist. As you remember, it was offering a new solution of the pop-up front camera, which ensured a genuine full-screen. Later, this technology was used by other manufacturers. And currently, almost all flagship phones sport a lifting camera. Not that long ago, the company released the VIVO NEX Dual-Screen. As the name suggests, it comes with two screens. But it’s not the second-generation model. As for the VIVO NEX 2, we have heard quite interesting news. 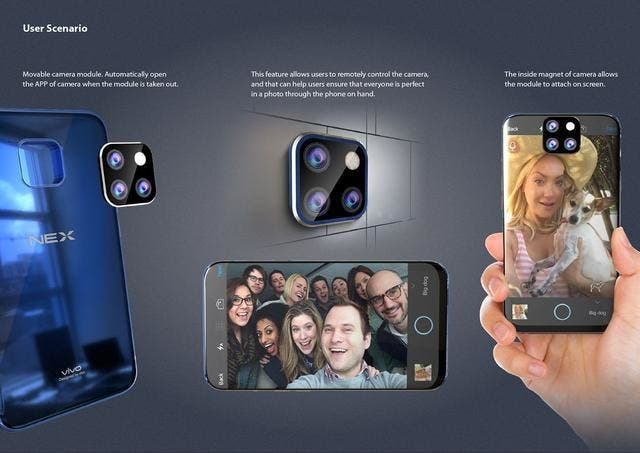 It turns out the VIVO NEX 2 will adopt a new ‘detachable camera’ technology, which will help it enlarge the screen ratio. According to the leaked VIVO NEX 2 renderings, a quad-camera module can be attached to the back whenever you want and detached when you don’t need it. Moreover, the source claims it can be attached to any part of the phone. Will this completely eliminate the front camera? We have no idea, but one thing is clear – if so, there is no need to open the hole on the screen or use other technologies. 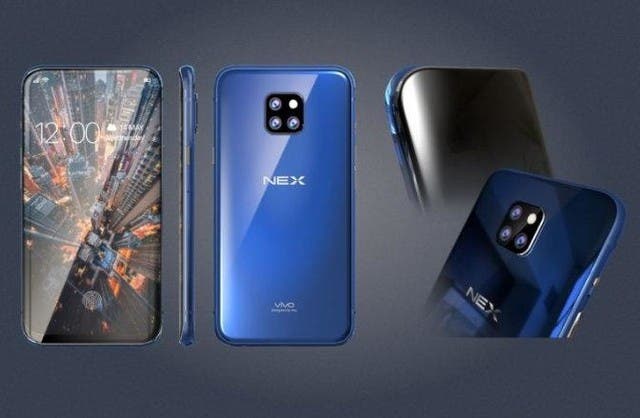 At this moment, there is no information what hardware the VIVO NEX 2 will come with. But we think there will be two variants. One of them should be equipped with a Snapdragon 7xx series chip, while the higher version should be packed with the Snapdragon 855. Also, we don’t know whether it is going to use Sony’s 48MP CMOS.