Today, Intel officially released the new i9-9900KS at the Taipei Computer Show. In its name, S stands for Special edition. In addition to increasing the base clock, every core on the Core i9-9900KS can be boosted to 5GHz. Honestly, the 8-Core/16-thread 9900KS is a special-edition CPU aimed squarely at the enthusiast market. Last year, the company did something like this when released the Core i7-8086K Anniversary Edition. 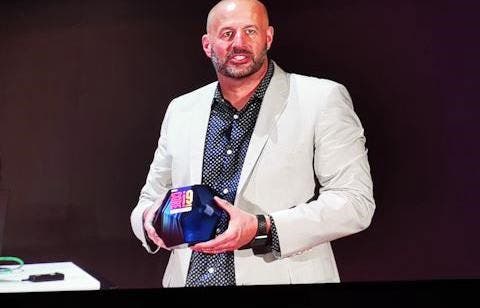 As Intel emphasized, the biggest improvement in the Core i9-9900KS Special edition is that all eight cores can run to 5GHz. In the early Intel show video, we saw that in the Windows environment, the Intel demonstration machine can actually run eight cores to 5GHz. However, Intel officially confirmed that the i9-9900KS will maintain the base frequency of 4GHz. At the same time, the standard Core i9-9900K and the Core i9-9900KF have a base clock of 3.6GHz. And, unlike the KF version, it will feature integrated graphics—UHD 630. The CPU also supports DDR4-2666. The KS suffix processor will be available in the Q4 holiday season this year.

At the meeting, Intel also released the ‘Intel Performance Maximizer’ technology, which is an automatic overclocking tool built by Intel. It will be open in June and is free to download. According to the official introduction, the i7-9700K can use this tool to run to 5.2GHz.

Intel was criticized last year when it was discovered the 28-core 5GHz CPU it demoed was cooled using a massive air conditioner unit and placed in an enterprise-class motherboard normally reserved for its Xeon processors. Not to repeat this mistake, the Core i9-9900KS can be used with regular, albeit high-end, consumer components.

Previous Redmi 20-inch Suitcase is official too, starts at 199 yuan/$28