Conference calls are a terrible but necessary part of business life. Necessary because sometimes group communication just requires live discussion. Good news to all of you, the full-duplex speakerphone for business “eMeet OfficeCore M0” comes up!

The eMeet OfficeCore M0 is the newest version speakerphone of eMeet in 2019. Distinguished from the traditional single-directional microphone, M0 has a microphone array with 4 AI microphones. Thanks to Voice IA audio algorithm, Acoustic Echo Cancellation (AER) and Noise Reduction (NR) technology, the eMeet speakerphone is optimized to hear and be heard even in a noisy workspace.

With the eMeet M0 USB speakerphone, the meeting can be up to 10 people. It can pick up the sound with 360-degree room coverage. eMeet USB speaker and microphone M0 is customized for small or medium-sized meeting room which holds a meeting about 8-10 people. Full duplex audio support creates a natural rich sound that emulates face-to-face conversation. With the Compact and portable design, it is easy to put this USB conference speakerphone into your pocket or briefcase. No need to charge before using, hold meetings wherever you go, set up your meetings in seconds, and pick up calls anywhere and anytime. The light conference phone lets you take audio conferencing freely. 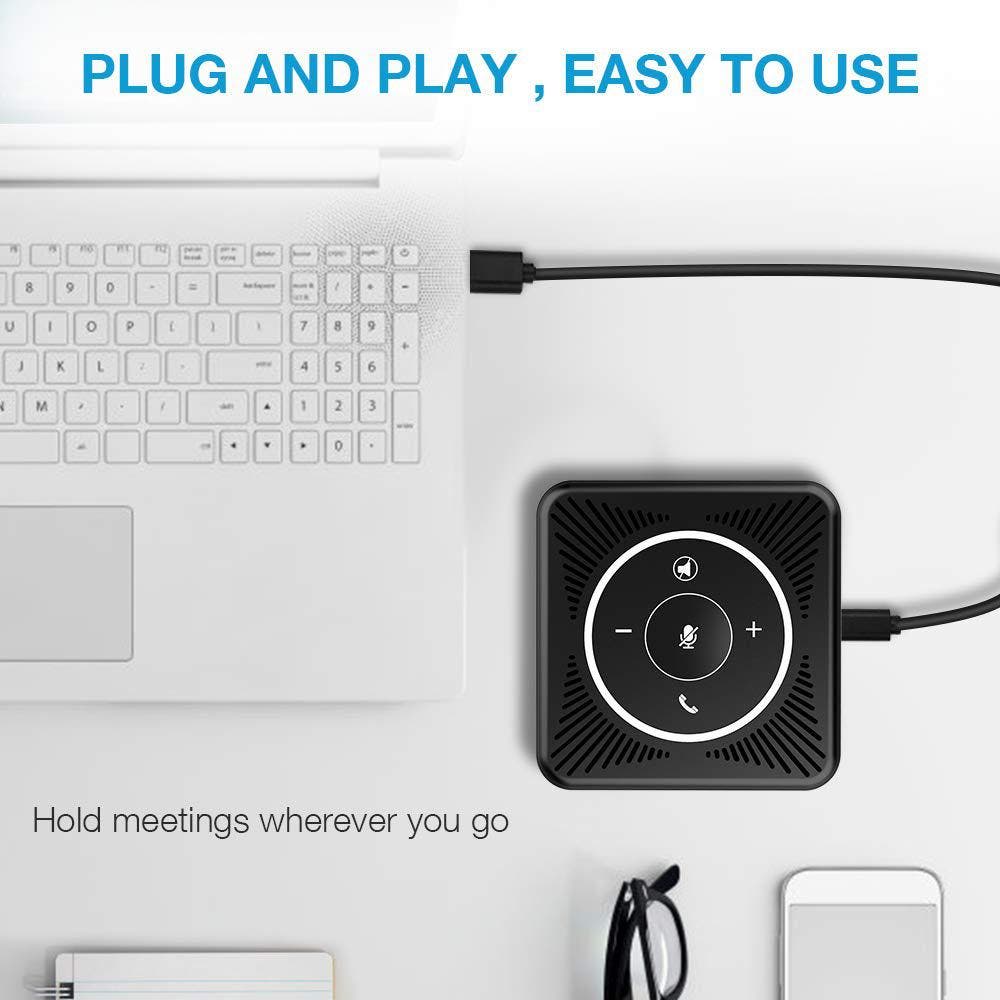 To focus on the sound, eMeet M0 is equipped with Smart LED indication. When somebody is talking, LED will indicate the direction where the person is immediately. You can know whether your sound is picked up. You also can get 360°voice pick up. Featuring small size and light weight, there is no driver installation needed. As a plug&play device, eMeet USB conference call speakerphone is optimized for UC experience and can be set-up in second, working seamlessly with a PC via USB. Full compatibility with UC systems & VoIP clients- office meeting speaker supports multiple applications, such as Skype, Google Hangout, Microsoft Lync, Cisco, Avaya, FaceTime, etc.

We appreciate the new generation eMeet M0 USB speakerphone, which will bring you a whole new conference experience. To know more about eMeet OfficeCore, you can pick up eMeet M0 OfficeCore for sale.

Previous Huami Technology and Qualcomm Have Reached a Cooperation