Top-value Chinese tech manufacturer Xiaomi and its sub-brand Redmi have been on the roll since the inception of the year and shows no sign of slowing. The brand has several events tipped for June, but it won’t be all about smartphones as usual. Some smart home products and wearable will be in the mix. Following the success of its Mi Band fitness trackers, the company is planning to launch yet another wearable and the fourth generation of its fitness band – dubbed Xiaomi Mi 4.

Several rumors have outlined the likely design, and of course possible features of the upcoming tracker, while the official launch date has remained elusive, but that appears to have changed now, as we now have some hint as to when the fitness band will go official.

The company via its Weibo page has released a launch teaser for June 11 event where it will announce the Mi Band 4. The teaser not only reveal the launch date, but it also confirms previous leaks and rumors that say the band4 will drop the traditional monochrome Mi Band display in favor of color screen.  It also confirms it will be stuffed with more features including longer battery life, and aggressive pricing. And speaking of the battery, reports say the band4 will get a 135mAh battery, up from the 110mAh battery in the Mi Band 3. 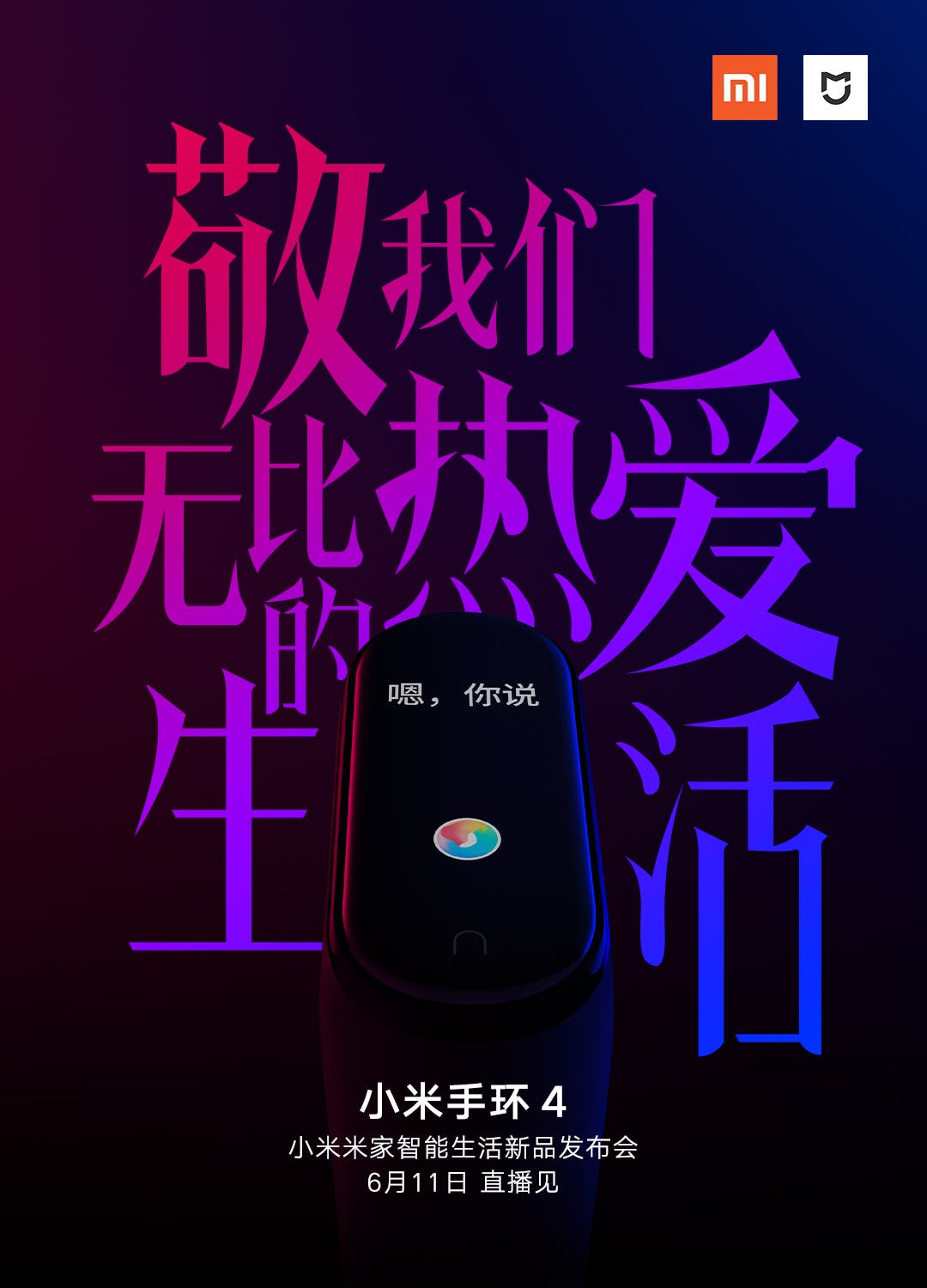 Other rumored features include improved hear Rate monitoring feature,  superior connectivity thanks to Bluetooth 5.0 support,  NFC support(a non-NFC supported version is in the making too), as well as support for contactless payments via Mi Pay in India and China. The NFC version will reportedly cost 499 Yuan (~$72) while the standard version with no NFC will be priced within the price range of 200-300 Yuan (~$28-$43), but there’s no confirmation on that, so keep a tab here as we await more official updates.

Previous Motorola sets an event for June 20 in India, Motorola One Vision incoming?