The 5G era is here are this network has commenced commercialization across Europe, Asia and other parts of the world. However, for 5G network to be utilized, we also need 5G devices.  Since the end of last year, OEMs have started releasing 5G smartphones and as of now, there are a couple of 5G smartphones in the market. At the end of May, British top carrier, EE, launched its 5G network in the UK. 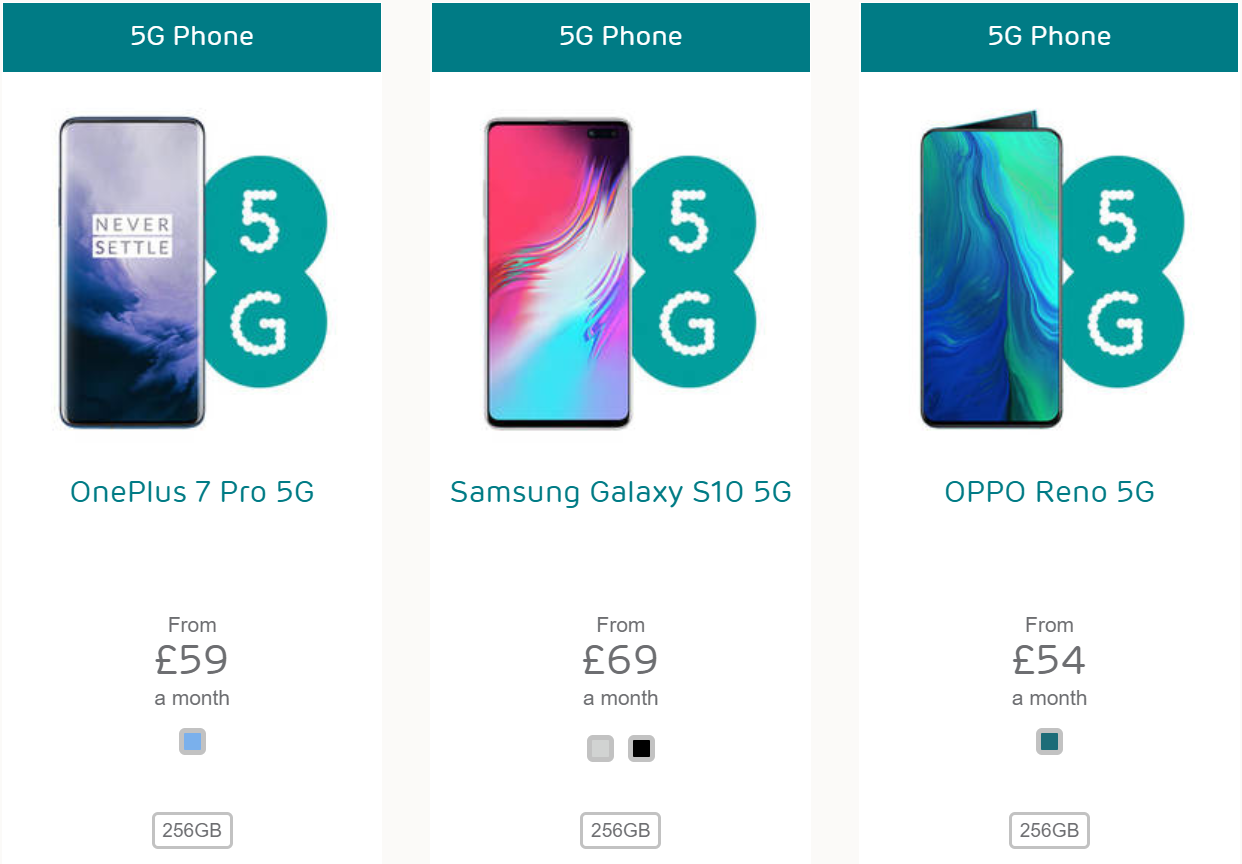 When its 5G network was launched, the carrier had an exclusive OnePlus 7 Pro 5G. Now, it has added other 5G smartphones which include Samsung Galaxy S10 5G, Oppo Reno 5G, and LG V50 ThinQ 5G. Apart from the LG V50 ThinQ 5G which comes with 128GB storage, the other smartphones come with 256GB storage.

These smartphones are available on monthly plans as low as £54. Addition data comes with the monthly plan. This is a good incentive from EE as the 5G network will instigate the consumption of more data than 4G depending on usage.  These smartphones can be shipped within 24 hours of making the purchase. The complete pricing details are contained in the source link.

Recall that the UK recently launched its first 5G commercial network service for consumers in six cities. Thus, after South Korea and the United States, the United Kingdom became the third country in the world to achieve 5G commercial use. EE, the UK’s leading mobile operator, launched a new generation of 5G network services in specific regions which includes London, Cardiff, Edinburgh, Belfast, Birmingham, and Manchester.

Apple captures a quarter of the global 5G smartphone market