There were too many leaks concerning the next-gen Xiaomi smartband. A few days ago, we learned about its launch date that had been set on June 11. Today, Xiaomi CEO Lei Jun posted a new teaser, showing the overall look of the Xiaomi Mi Band 4 and the color variants it will be available in. According to it, the Mi Band will come in Red, Blue, Black, Brown, Light Brown and more. 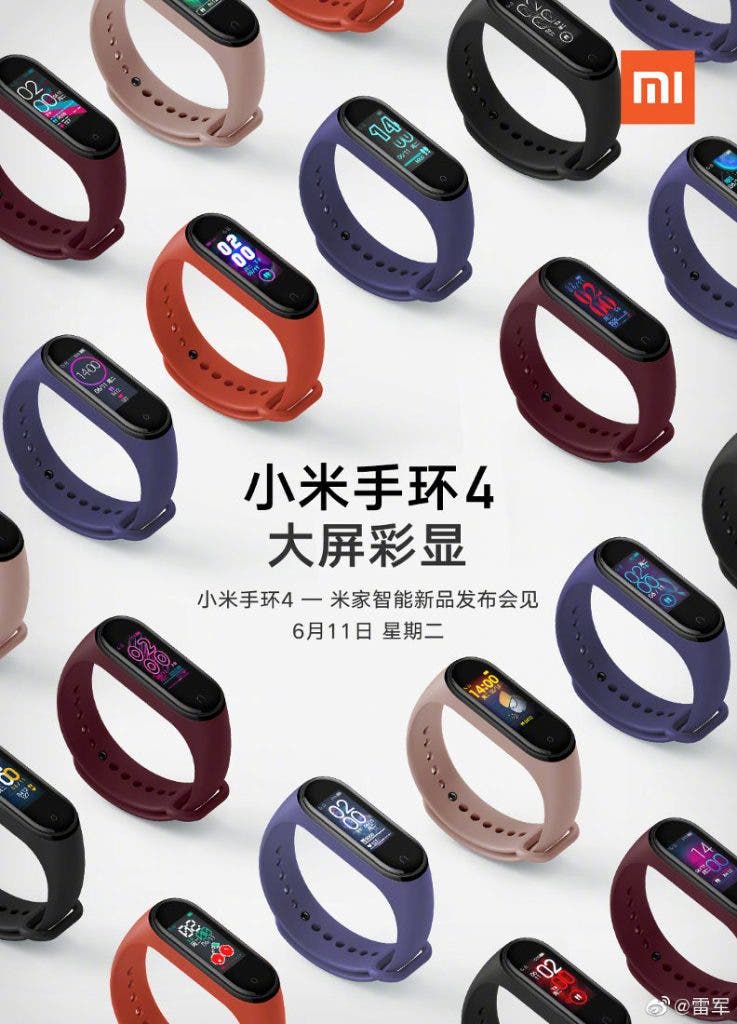 One of the major updates in the Xiaomi Mi Band 4 in comparison to the previous generation is the color OLED display. In fact, this is a heavy reason for users to get their hands on it, replacing the current model. But in general, Xiaomi has brought the color display smartband to the market a bit later. We mean its main competitors like Huawei have already launched a number of smartbands with a similar feature.

Apart from this, the company has promised longer battery life. It’s said the Xiaomi Mi Band 4 will be packed with a 135mAh battery, which is larger than the 110mAh battery of the previous generation.

This smartband has got a few certifications, indicating it’s ready for the final launch. One of such certifications showed there are several variants. Say, the XMSH08HM and XMSH07HM are said to support Bluetooth 5.0, while the one with the model number of XMSH08HM supports NFC as well.

Next Another ELEPHONE U2 giveaway starting tomorrow with $50 coupons