When talking about 5G smartphones, we usually mention Huawei, Samsung, Xiaomi, OPPO, VIVO, and a few other brands. As you see, they all are considered to be the highest-level brands. We mean it’s quite expected to see the first 5G-enabled devices from these brands. But what about less popular brands? It turns out Nokia is in the game as well, and there are a few devices that are currently under development. 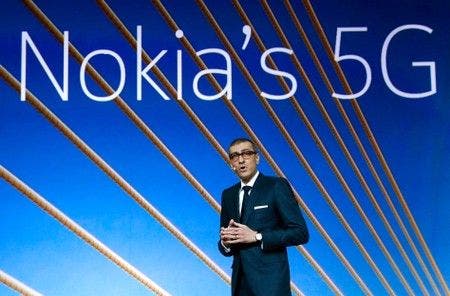 Previously, there were some rumors claiming Nokia will launch a 5G smartphone in 2019. But there has been no information about its specifications, release date, and price tags. As for now, it’s said the company is working on two new models that will support the new-era 5G network. However, one of them is going to be a true flagship packed with the Snapdragon 855 mobile platform, while the second model is going to be a price-performance flagship product, which may be equipped with the new Snapdragon 7XX processor.

Interestingly, at this moment, HMD’s flagship product is considered to be the well-known Nokia 8.1. Plus, there is also the successor model of Nokia 9 PureView called Nokia 8.2. All these phones have been sold in myriads of markets, providing a respectable existence of this brand in every corner of the planet. So we should note HMD and its Nokia brand has no problem as many Chinese brands do. It’s expected with the launch of new 5G-enabled Nokia phones, the upcoming models will become the new leaders in the company’s assortment.

We are waiting for them to hit the market as soon as in the third quarter of this year.