Samsung is a well-known company for releasing a limited edition of its smartphones a few time after release. With the brand new Galaxy, S10 series things couldn’t be different. The S10 duo has recently received a beautiful Cardinal Red color variant, as well as an Olympic Games Edition. Both these variants are fairly limited in availability, but a new one seems to be way more unreachable, yet beautiful – Galaxy S10+ Park Hang Seo Limited Edition.

If you’re not in Vietnam, you probably don’t know who Park Hang Seo is, he is a former football player and the current coach of the Vietnam national football team. That could explain why this limited variant of the Galaxy S10+ will only be available in the country in a limited number. Starting June 16, the Park Hang Seo Limited Edition will retail for a price of VND 23,990,000 (~$1,030) and will give to users a nicely designed box with one of Samsung’s wireless power banks and an official NFC-enabled Park Hang Seo back cover that apparently applies an exclusive One UI exclusive theme.

The new color variant does not include any kind of special software tweak or feature. This new Galaxy S10+ Park Hang Seo Limited Edition color is called “Prism Silver” color, and comes with a stunning gradient finish that results in something like a “CD effect”. Unfortunately, the cameras can’t capture all the glory of these gradient smartphones that often have a different view based in angles, however, these photos are enough to show that this will be one of the most beautiful versions of Samsung’s flagship. 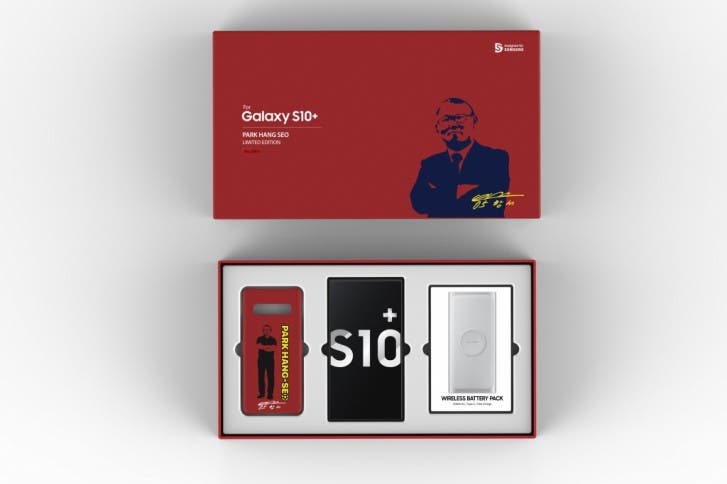 As previously mentioned this device is very limited to Vietnam, and the color is rather scarce in Hong Kong. We just hope that in future Samsung expand the availability of this Prism Silver color, not necessarily with the Park Hang Seo branding.