Today, a suspected iQOO new product poster suddenly spread on Weibo. The poster shows that iQOO will launch a new iQOO youth version equipped with a Snapdragon 845 processor. The poster also revealed that this smartphone will come with 6GB of RAM, 128GB of internal storage and a 4000mAh large battery. In addition, the iQOO Youth Edition will adopt a waterdrop screen design. 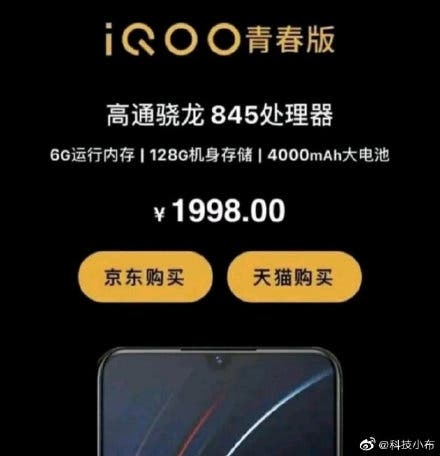 Furthermore, some netizens exposed a poster of Jingdong’s notice, which showed that iQOO will release a new product on June 10. In other words, the iQOO Youth Edition may be officially released on June 10. As of now, there is no official word from iQOO thus this information cannot be authenticated. 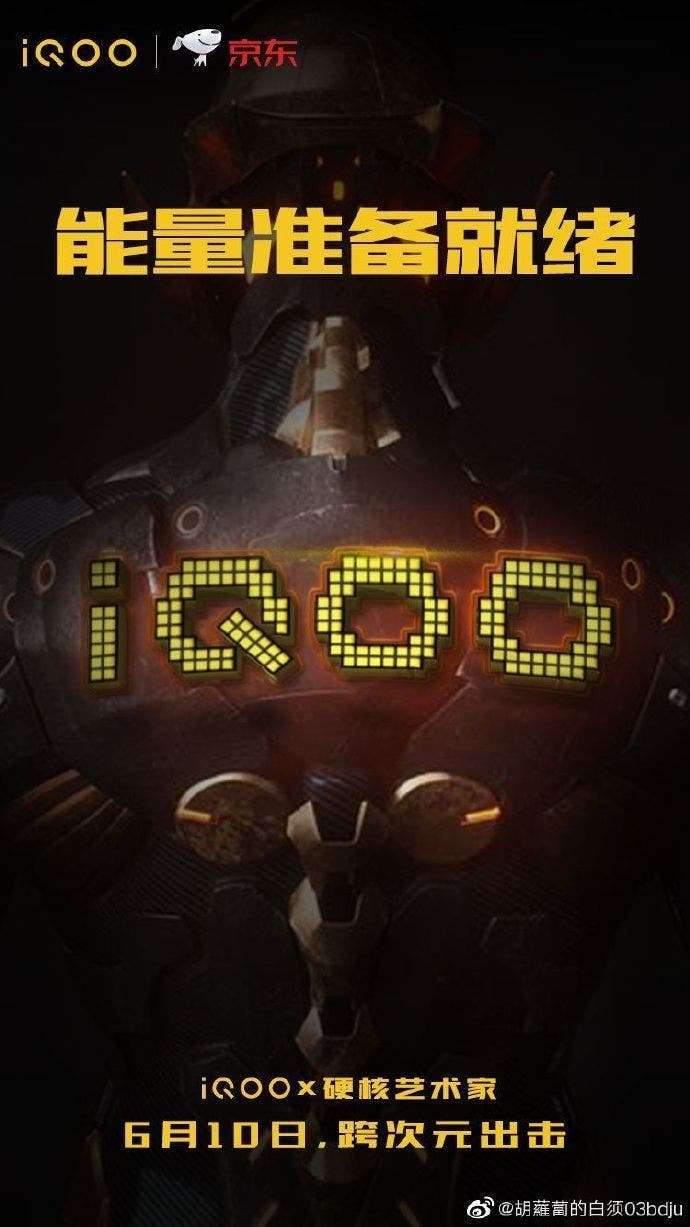 However, if this model exists, then iQOO will be the first manufacturer to use the Qualcomm Snapdragon 800 Series processor on both a standard version and a youth edition. Its direct competitor will be flagship models which were released in the second half of last year. Such as Xiaomi Mi MIX 2S, Meizu 16th, and other models. As for the price, the unconfirmed poster shows that this smartphone will sell for 1998 yuan (∼$289). If it is true, it means that the price of iQOO (Snapdragon 855 version) will not fall below 2,000 yuan (∼$289).