The Galaxy Note10 and the Mate 30 from Huawei aside, Google Pixel 4 is undoubtedly one of the most anticipated smartphones in the second half of the year. And while we’re still not certain whether or not the device will launch given the recent unveiling of the Pixel 3A and 3A XL, some alleged specs, and renders are already flying around.

The latest of such renders based on early prototypes comes courtesy of  PriceBaba via the ever dependable leaker @OnLeaks, and so should be taken for what it is – unofficial renders.

The renders presented below definitely look familiar, only if you have been keeping track of what’s being rumored as new features of the 2019 iPhones. The render is clearly seen flaunting a giant square bump on the left-hand side housing the rear camera sensor, and while the iPhone renders suggest the next iPhone will get at least three cameras on the rear, it isn’t clear from the Google Pixel 4 leaks the number of camera sensors the Google Pixel 4 will bear. Though the square bump is an indication that Google is dumping one camera sensor and perhaps for two or even more camera sensors. 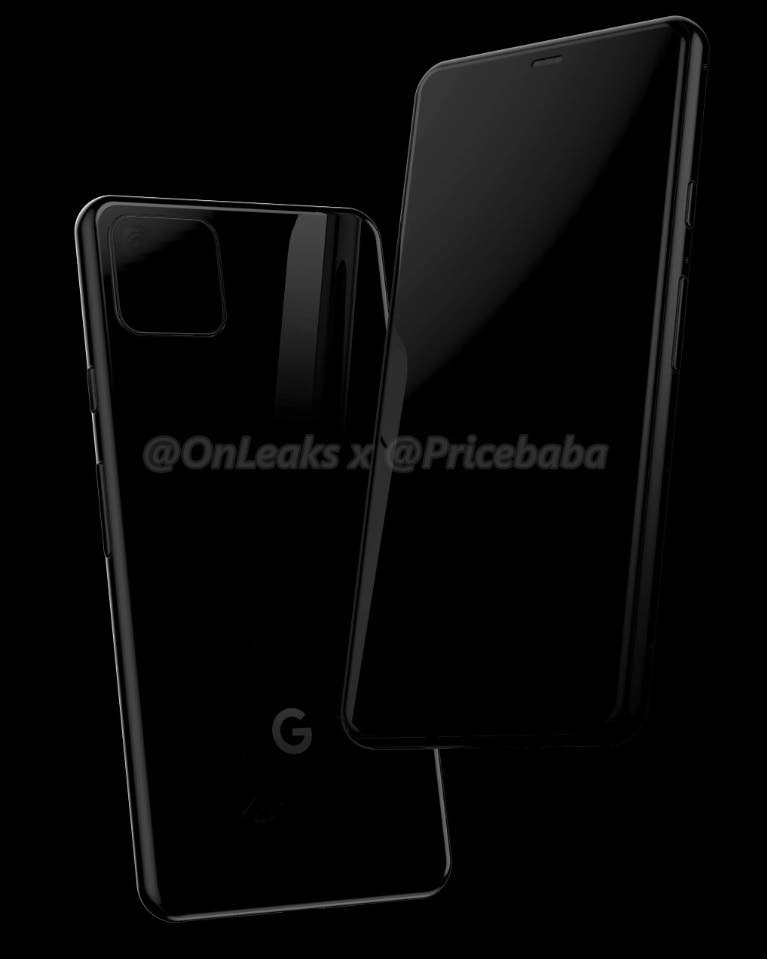 If this new render from OnLeaks turn out to be the real deal, then we might get a Pixel 4 smartphone with an in-display fingerprint scanner, as the render doesn’t show a rear scanner, though the chances of one embedded into the power button cannot be ruled out, or even so rely on entirely on facial recognition, only if rumors that suggest the next Android OS might include native support for face unlock pans out. 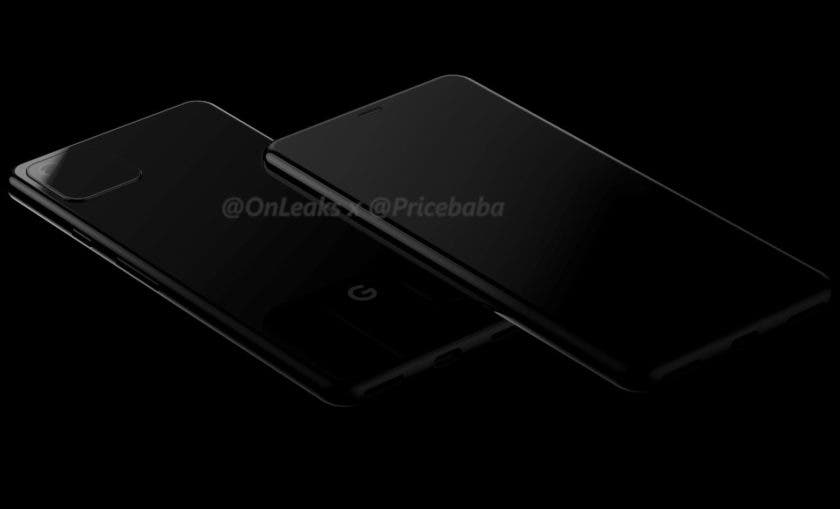 Though the latest Pixel 3A and 3A XL  feature the 3.5mm headphone jack, the Pixel 4 renders suggest the device will ditch the 3.5mm headphone jack, as well as the stereo front-facing speakers for a dual speaker grille on the bottom of the device. There isnt much we can report about the display front, though it would seem Google might opt for the Notch on the front, that remains to though. And do note that these are only early renders based on prototypes, we will surely get you updated as more detail surfaces.