The Xiaomi MIUI development team continues to optimize advertisements, reducing the number and improving the algorithms to propose only content that can be appropriate. In the coming months, a switch will be introduced that will allow you to disable advertising in a simple way.

If Xiaomi is trying to improve the situation, it seems that Huawei is paying little attention to the pre-installed apps, even though the opportunities for distraction are not lacking after the ban in the US. In the last few hours, some Huawei smartphones have begun to show, on the unlock screen, advertising by Booking, a well-known travel booking site.

The app is part of the bloatware, the series of applications that are pre-installed on smartphones following commercial agreements between producers and developers, but so far had not had abnormal behavior. To solve the problem, simply remove the application or enter the System Settings and disable the Magazine view.

It is not clear if the advertisement has somehow escaped Huawei’s control or if there is anything else behind this news, apparently unwelcome to users. 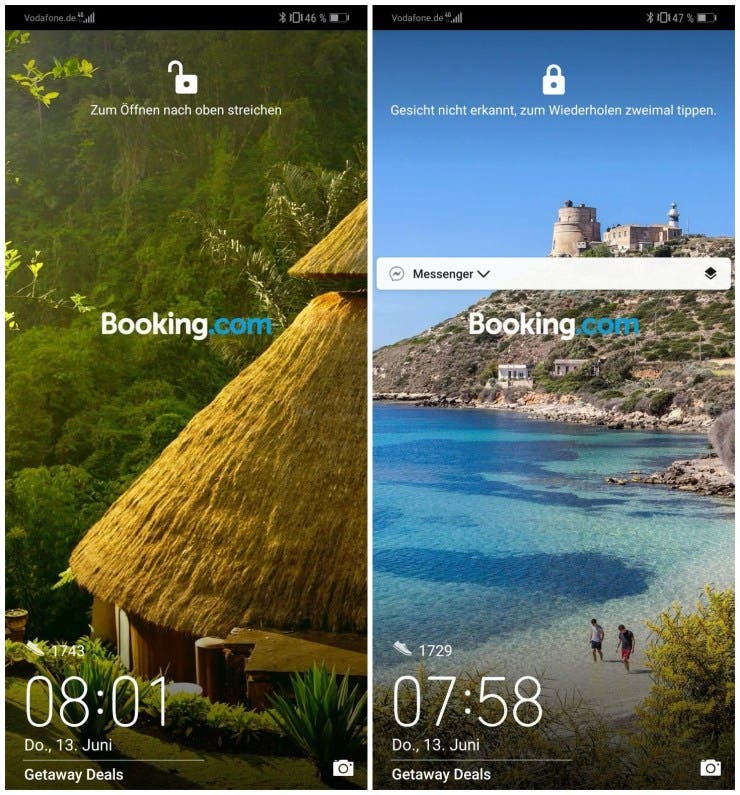 It is worth to mention that Huawei may start to ship HongMeng OS smartphones in October. The reports said that HongMeng will focus on the low-end market outside China. This is because the high-end market demand will be “too much” for the young OS. In the beginning, HongMeng will focus on Central and Eastern Europe and emerging markets. The report also said that Huawei’s mobile phone shipments in 2019 may be better than market expectations.