Recently, Huawei Mate X foldable smartphone passed the 3C certification and it is now closer to the market. At present, there is no official release date for the Mate X. However, third-party stores such as Taobao has already commenced pre-sales. The store promises that this foldable phone will be shipped around June 24. However, the price is as high as 24,999 yuan ($3611). 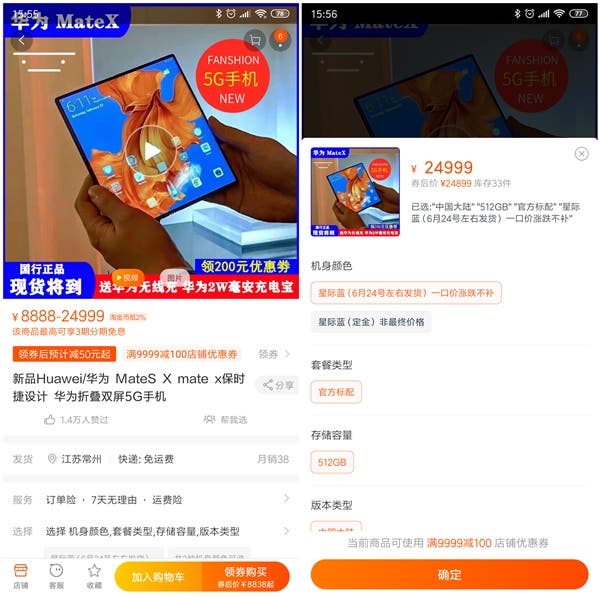 Huawei said that its 5G mobile phone has not been officially sold, and it must be sold in official Huawei channels. It is reported that Mate X is Huawei’s first folding screen mobile phone, which uses an imaginative eagle-wing folding design. It fits snugly when folded, and flat/natural when unfolded. At the same time, the power and fingerprint keys are combined into one, which is cleverly integrated into the thin border.