The NBA Finals in June each year is not only a big sports event but also a big chance for manufacturers to bring some interesting (related) products. For example, today, the 6th game of the 2018-2019 season NBA Finals is over. The Toronto Raptors defeated the Golden State Warriors, 114-110, sealing the first title in franchise history and claiming Canada’s first championship in a major American sports league since the Toronto Blue Jays won the 1993 World Series. At the end of the game, in order to celebrate the Raptors win, Xiaomi Mobile issued a statement. Apart from the congratulations, it showed the custom version of its current flagship through its Weibo channel. The Xiaomi Mi 9 Golden Dragon has been customized by Swedish Golden Concept. 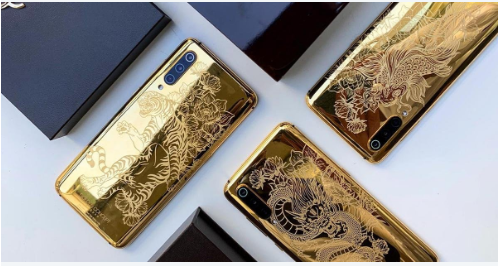 ‘You may not believe it when you say it. In fact, we already knew that this year the Raptors will win the NBA championship gold cup. For this day, we ask the Swedish Golden Concept to create the Xiaomi MI 9 Customized version. Now, we know for sure it’s time to take it out!

Those who are not familiar with Golden Concept, it is an accessory company that specializes in customizing luxury smartphones and protective cases.

According to the renderings of the Xiaomi Mi 9 Golden Dragon, the back glass and frame of the phone are golden yellow and printed with the Chinese dragon pattern. The theme of the handset also corresponds its nature. Shortly, the overall look is golden.

However, Xiaomi did not reveal when this customized version of Xiaomi Mi 9 will be available for sale.

Previous MediaTek: We have the world's first independent 5G SoC