On June 21, Huawei’s new nova series, nova 5, will be officially released in Wuhan, China. According to reports, Huawei will bring three new models, nova 5, nova 5 Pro and nova 5i. This series will get the endorsement of Yi Qian. Among them, the nova 5 Pro is already on pre-sale on Huawei Mall. It is available in two versions 8GB+128GB and 8GB+256GB versions. 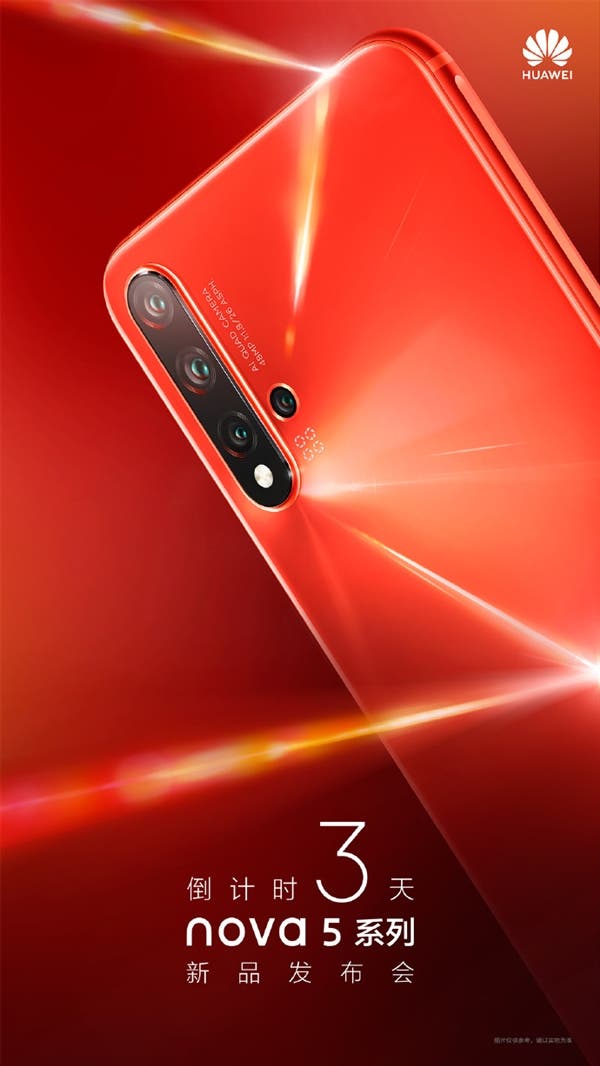 Not surprisingly, the new Coral Orange device in the poster should be the top-ranked nova 5 Pro. In addition, the poster also shows that this smartphone will have four rear cameras. This is the first time that a phone in the nova series will use quad rear lenses. According to reports, one of the rear cameras will be a ToF lense

This device will come with an on-screen fingerprint sensor. The unknown battery capacity will support 40W super fast charge and so on. A few days ago, the nova 5 Pro has appeared on the Geekbench 4 database with model number SEA-AL00. From the listing, the smartphone comes with Kirin 980 SoC coupled with 8GB of RAM and Android 9 Pie system. Huawei favored the nova series this time. It not only uses the Kirin 980, but also has a four-camera, 40W fast charge and other top-level configurations, which are directly aligned with the P-series.

Previous Google Pixel 4- Everything We Know So Far

Next Shi Chongxin: Asus will not give up on its smartphone business